March 20th sees the release of The Muppets, after the jump learn about obtaining a FREE Muppets coupon.

Disney has made a habit of releasing discount coupons for its new release Blu-rays. The Muppets have apparently received the same treatment.  On Thursday, Disney Movie Rewards released a $5 towards the purchase of the Wocka Wocka Value Pack OR the coveted Lunchbox set of The Muppets movie release on Blu-ray.  This offer originally applied only to the WW pack, but Best Buy's ad and coupon clearly state otherwise.  This is a welcome change of news for those of us who appreciate the more robust releases.  There are so many versions of this film that it's like keeping up with The Muppets themselves. Here are just a few: 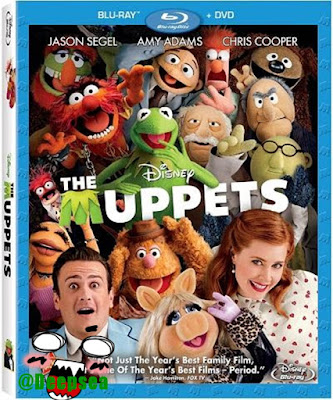 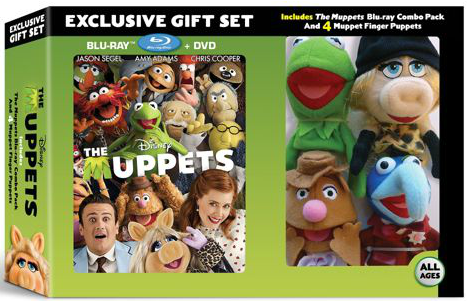 Pre-order the Metal Pack for $7.50, and bring in the receipt to get that value off any Muppet film...

Again, dont forget about the Disney coupon, which you can use with the WW pack or lunchbox.  This film will be released on March 20th, and the coupon expires on March 25th.

Deciding which version you want is like asking what arm would you want to keep.  I've already picked up the BB exclusives (which I will unbox soon), but the Walmart one is also appealing for both the soundtrack and the finger puppets.  The soundtrack is a digital download, so no hard copy is provided.  The BB Lunchbox pack also includes the WW Pack, which means you get the soundtrack, PLUS the Lunchbox for only $27.99.  Add the $5 coupon, and your price comes down to $22.99; add the $7.50 Metal Pack, and you're actually down to an amazing $15.49.  When you factor all this in, plus the recent price adjustment (originally $39.99 before the coupon), it's hard not to purchase this very desirable set.  In my opinion, the BB pack is the way to go, but there are good arguments to be had for the Walmart and Target deals.

For those of you who purchased the Lunchbox early (like I did) make sure you get BB to honor the price change.

The long road to this release is finally over!  Be sure to get your release soon, and stay tuned for my unboxings!!
Posted by Matt Cummings at 7:56 PM