Mattel changes DC All Stars wave 1 and cancels other figures

Well damn... Is this the beginning of the end of retail DC?

What does the future hold for the DC Universe Classics?  DC All Stars is faltering out of the gate and we haven't even begun.  The wave 1 line up has changed and the other figures have been canceled according to emails sent from BBTS and their home and orders page.

Check out the orders page here: DC All Stars Wave 1

I honestly hope that this is just a restructuring of the waves and the removal of repacks, but somewhere deep down inside I feel things will be changing big time.  With Marvel Legends really doing well at retail, (A case comes in at Target, Walmart or TRU and 80% of the figures are scooped up in Sacramento.) and DC trying to finish strong with wave 20 (but failing due to pegwarming garbage, like wave 10 Power Girls).  This picture was taken a couple of weeks ago....  $16.88 at Wal-Mart!  They were $12.99 when they were released.... 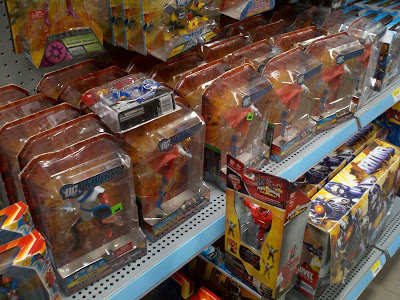 The restructure of DC Universe Classics wasn't met with the same enthusiasm as the new Marvel Legends line has.  In fact, I have a general "meh" feeling towards the All Stars as it stood with 50% of the figures being a WTF moment.  Flashpoint Plastic Man?  REALLY?  But it also had Larfleeze and Superboy Prime which are no brainers for me.  Love those.  I even love the DCnU figures.  But now Flash is canceled?!?!?!  Boogers....  Mattel already struggle with the popular 4" scale and now this... 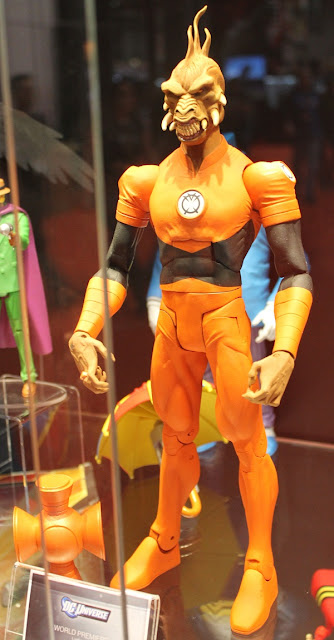 I personally felt Larfleeze was ripe for a SDCC exclusive... with Glomulus and other constructs being the pack in.  I'd pay for at least 4 of those other lanterns!  Give me a 5 pack for SDCC!

And I have to mention that the DC Sub at Mattycollector.com is looking to be a knockout line!  I am excited about every reveal.  Now give me a Fire and Ice and I will be happy!  This starts with their April sale and Jay Garrick Flash and Metron will be shipped out to subscribers!  HUZZAH!

But seriously, I hope we hear from Mattel rep Toy Guru or others soon.  The suspense will be killing me!


OnePerCase thoughts by Jason X
Posted by Unknown at 2:47 PM