This past week was my birthday and when asked what I wanted to do, I chose to participate in helping a good friend go through some of his collection and get it organized. I mean, what collector in his right mind WOULDN'T want to spend time surrounded by mounds of toys?

My  good friend Kevin has been collecting GI:Joe for quite some time. His main goal is to achieve a complete Mint on Card collection that spans GI:Joe from it's 1982 relaunch as "The Real American Hero" line to the Battle Corps/Star Brigade/Shadow Ninja sub-lines in 1994. He's damn close. To complete his MoC collection, he's missing a mere 20 figures.

This is one impressive collection. While I didn't get to see it all, there was still plenty to see.


Kevin is what I would consider a die-hard collector. I know how much he has spent piecing his collection together and what he'ds willing to pay for things that he needs to complete it. Over the past few years that I have known him,  I've seen his collection only get bigger and bigger. He collects EVERYTHING Joe toy related. From single carded figs to multi-packs to vehicles. Just seeing his closet before we hauled it all out is definitely a sight to behold. 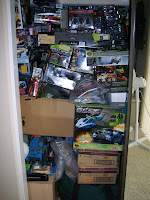 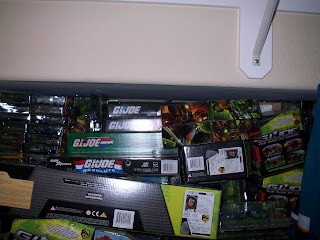 Toys ranging from GI:Joe to Transformers to Marvel Universe were stacked from floor to ceiling.

One of the reasons for this little venture was to get stuff more organized, packed, and made easier to move. There were little boxes everywhere filling any nook and hidey hole available. So, the first thing was to get it out of the closets and into the garage. Let the moving begin! 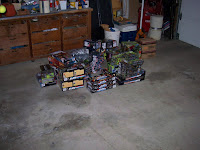 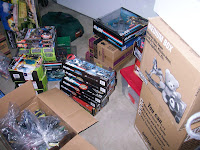 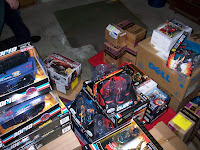 Eventually, Kevin was actually able to step INTO his closet. 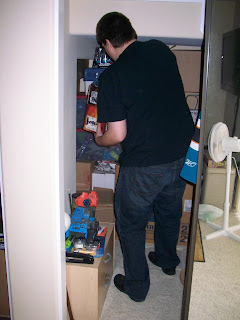 As we moved more out, the garage filled. 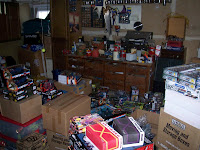 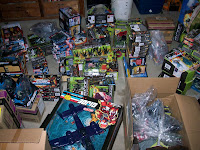 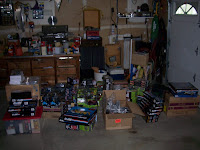 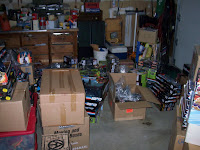 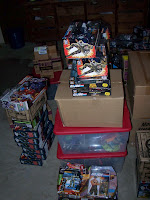 So much so, I was surrounded. Heck, I started building a fort! 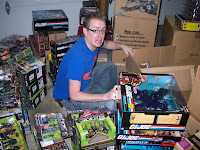 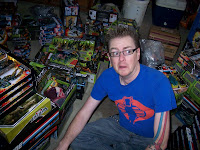 There is a vast majority of Kevin's collection that is already organized and packed away in larger boxes. There was no reason to remove these boxes, so we played a little Tetris with them and left them in the closet. Like a good collector should, Kevin had even labeled the tops of the boxes with what was in them. I missed getting a picture of one of the other closets where Kevin stores his vintage O-Ring Joes in individual acrylic AFA cases. He shows me the AFA graded Storm Shadow figure almost every time I go see him. 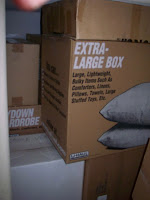 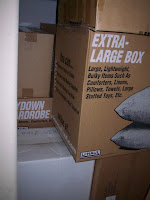 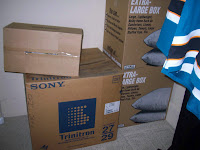 Eventually, we were able to get everything that needed to be boxed, boxed and put back into the closet in a nice organized fashion. Surprisingly, it didn't take as much time as I thought. Kevin even mentioned that without my help, he wouldn't have even attempted it. 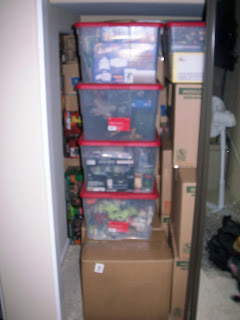 Now, we're just counting the days until "GI:Joe - Retaliation" comes out and Kevin begins his next buying spree and filling in all the space we created. Now, to some, it might have seemed like a lot of work, and it was. But, as a collector and friend of a fellow collector, it really was a fun day getting to be in awe of someone's collection and be around so much cool stuff.