The Wheeljack in transformers Prime is much different from the Wheeljack in the normal transformer cannon.  In the Prime line, Wheeljack is member of the Autobot team "the Wreckers." this is much different from the Wheeljack that would come up with odd inventions that would almost always blow up in his face!
Prime or not, Wheeljack is killer. I was very happy to get my hands on him. He is very fun to play with. His transformation is neat and new. He feels nice and strong in both modes. Wheeljack comes with 2 swords that can be sheathed in robot mode. The swords also can be stored without notice in car mode. The swords can be attached to his car mode in 2 different places.

Wheeljack has a great head,  and I like the overall presentation that he delivers. For the amount of complex transformation Wheeljack has, he has excellent articulation. There is a lot of fun poses he can be placed in. This sculpt is great.
The paint is mostly white with red on his legs and red on his chest with a taste of green. Very G1 like.
The swords: I think the swords are just the right size for a dual wielding character like Wheeljack . It is not uncommon for a figure to have two swords, (transformer or not) but Wheeljack's swords don't look too small or too big. The only thing that worries me about the swords are the tabs on Wheeljack's body that are used to attach the swords. They look small, and I worry they might break in time.

Wheeljack is deluxe size and fits in nicely with any transformer figure. 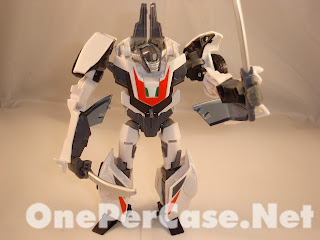 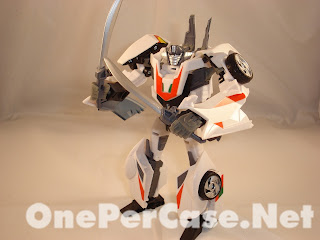 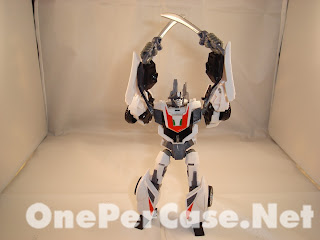 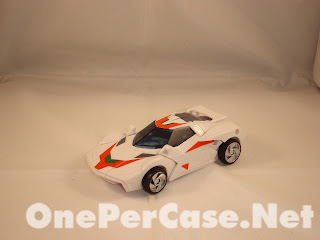 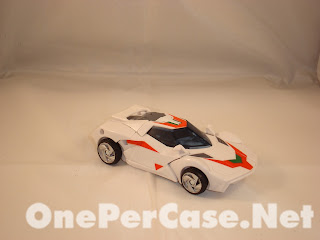 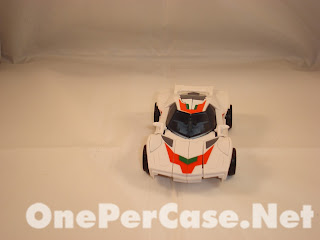 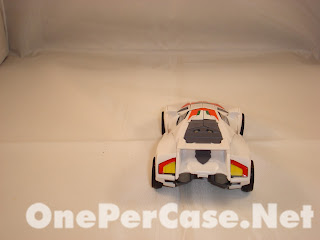 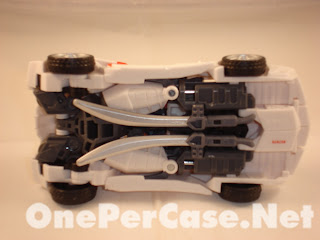 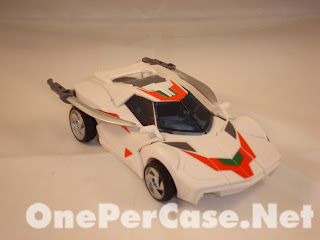 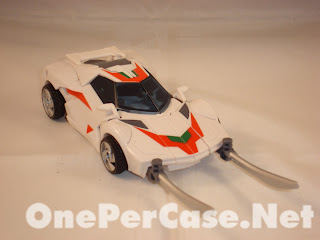 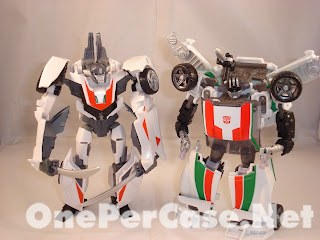 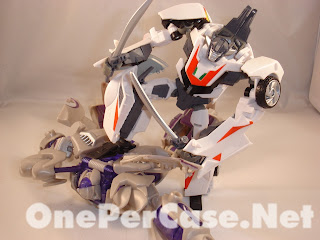 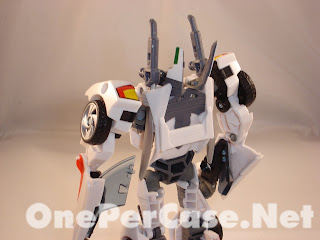 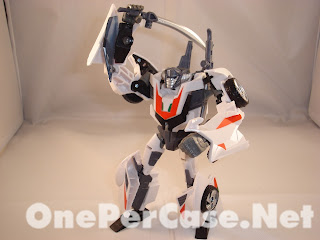 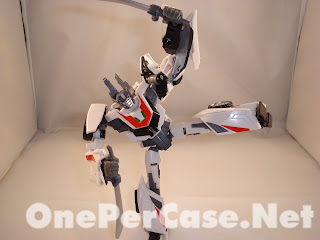 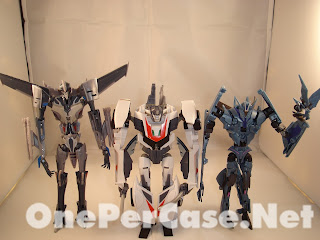 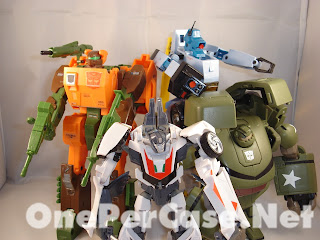 Review by Doug Panici
Posted by Unknown at 7:50 PM