Do you like Rebel Pilots like I do? Do you like Star Warsaliens like I do? Well then, my friend, you have another perfect “you got yourchocolate in my peanut butter” storm, courtesy of the Star Wars Vintage Collection. Do you like screen accurate card art? It’s a trap! When it comes to a review, how does the Mon Calamari Rebel Pilot from the Blu-Ray Deleted Scenes wave stack up? You’ll have to read on to find out! 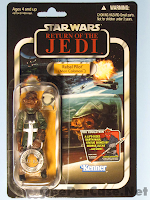 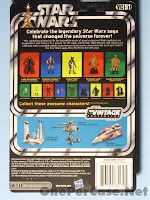 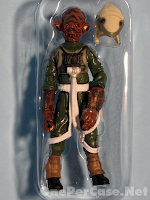 The card is easy to open! The card art looks amazing. It’s a rebel pilot, you get to see him in a cockpit, there’s an awesome battle going on at the second Death Star in the background. What could be better? Well, from what I understand, the Mon Calamari pilot was actually seen in a B-Wing, not an A-Wing as featured on the card. Ah well, you can’t have it all, right? At least it’s a well done piece of art, albeit inaccurate. 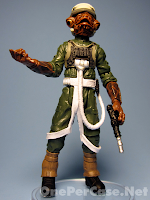 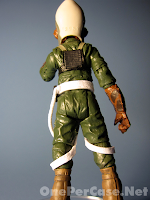 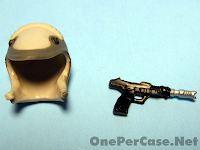 Once again, the Star Wars Vintage Collection has delivered a fine bit of sculpting and has painted Mr. Mon Calamari the Rebel Pilot quite well. When it comes to screen accurate (blu-ray deleted scene accurate?) sculpting on costumed aliens, Hasbro has been hitting the mark lately. The goofy eyes look good, the console, pockets and hoses on the flight suit look nice, the spotted flipper-hands appear accurate. All around a great looking figure. 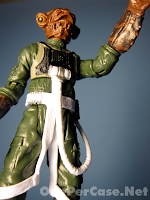 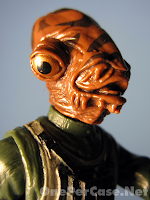 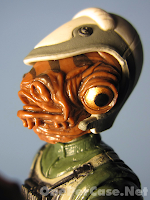 As with a lot of Star Wars Vintage Collection figures, he’s pretty minimal on the accessory side. He comes with a helmet and a pistol. Only two, but they’re well done. The helmet fits snuggly on that big bulbous melon, and the pistol fits surprisingly well into that flipper. I mean really, for such funky “hands”, it’s nice that Hasbro didn’t overlook the often overlooked “can he hold his gun” test. 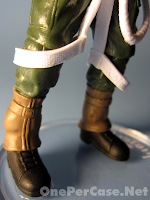 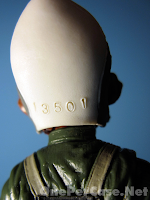 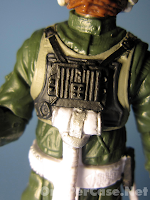 The Mon Calamari Rebel Pilot has about all the articulation you can reasonably expect. He has rotating forearms as opposed to wrist articulation, but again, what more can you realistically ask from a 3 ¾” figure? The leg straps on the flight suit do hinder the leg articulation a bit, but less so than in previous figures that had this problem. Hasbro, you’re not there yet, but you’re improving. 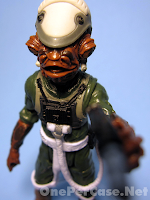 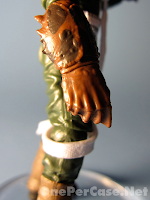 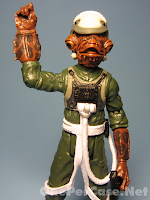 So do you want to buy this guy? Sure, why not? What do I care? If you’re into aliens and/or pilots like I am, you’ll want to grab him. If you’re of the opinion of “not only is he a background character, but he’s a deleted scene background character”, well then, this should be an easy pass. But if you do want him, track him down! He’s packed one per case, along with the other four figures in the wave and seven Phantom Menace repacks. If brick and mortar has been failing you lately, you may want to look into BBTS or another online retailer. 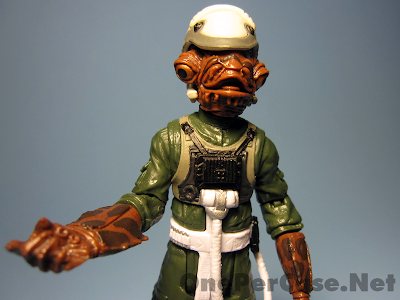