Ok, BAF (Build-A-Figure) variants are cool.  Although the parts could have been planned a little better.  We could have easily had parts in Spidie's package eliminating the need for the redundant purchasing of 3 figures (of course, you would still have 2)!  Extra Bucky Caps, Fantomexes, and Draxes will be flooding eBay.  I know mine already have.  I imagine it would have been an easy thing for Mattel to make an Anti-Monitor Sinestro Corps body variant, but they didn't.  When Hasbro had the chance for this, they did!  I REALLY like the idea of this wave.  Some fantastic variants are in it.  Some REAL variants, not just plain paint changes.

There is need to briefly explain why Red Skull is in Arnim Zola's robot body: The Skull used the cosmic cube to transfer his mind in Aleksander Lukin's body.  The Skull eventually had his consciousness transferred into one of Arnim Zola's spare robot bodies. (Lots of story around it centering around the time when Steve Rogers was "shot" dead by Sharon Carter.  Go read it!  Brubaker rocks!) Which is what we have here...

The figure is small for a BAF, but nonetheless worthy of his status.  He is a classic Captain America villain (Arnim Zola that is).  His articulation looks to be standard for Marvel Legends.  He does not have any waist movement, but that is too be expected with a giant face on his torso.  Rocker ankles and great hand articulation lead the way.

Sculpt is good.  Paint is good.  QC is great.  All-in-all a great BAF. 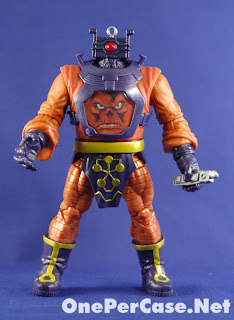 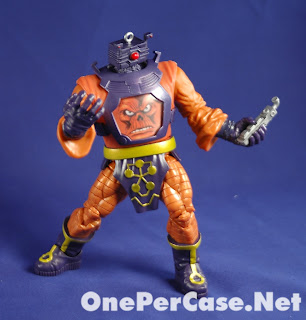 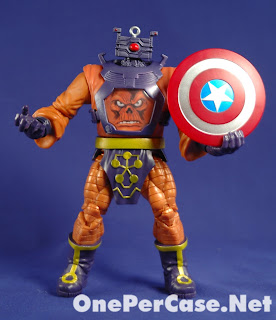 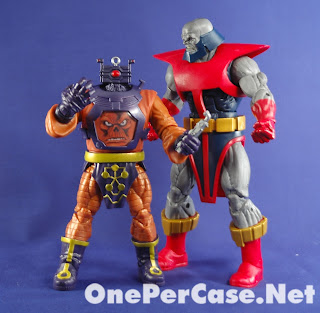 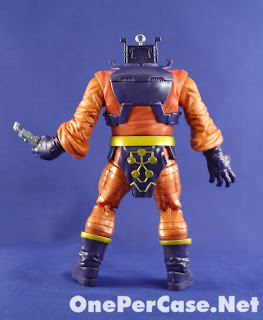