For the past few years, FunPublications and the OTFCC (Official Transformers Collector's Club) have been offering 3 exclusive toys for both members and non-members. This year's exclusives bring in 2 characters from G1 that have yet to have ever seen remakes and one of Transformersdom's newest characters in his Shattered Glass incarnation. Of the 3 figures offered, 1 is a Free membership figure, the other 2 have to be ordered. When it comes to ordering these figures, you have to be on the ball! The 2 figures for order this year, taking into account FunPub's credit card system crashing from all the immediate hits, sold out in a day!

This year's free member figure is 1/2 of the Decepticon Battlechargers, Runamuck. The other half of the "Runabros" is the first of the offered Exclusives, Runabout. Unfortunately, due to copyright issues, Runabout had to be renamed, Over-Run. Since these figures are Exclusives, OTFCC can only re-use and repaint molds with minimal re-tooling. Thankfully, minimal retooling usually means making the heads of the characters more accurate. With Over-Run, we get an excellently updated chassis for Over-Run with  a G1 accurate head. 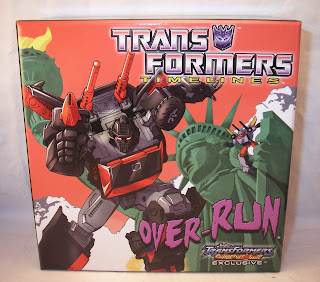 If you've never ordered an Exclusive from the OTFCC, you should, especially if you're a collector. The figures that they decide to put out are an excellently selected combination of desired remakes and OTFCC original characters.

Once you get your figure, they don't just come in tied up in a box. These are Adult Collectible's and they are treated as such. The packaging is a sturdy convention style box topped with artwork from one of the leading Transformer artists, Dan Khanna. The box has all the applicable copyright information on the sides as well as a shot of the figure in Alt-mode.

The box is basically a slip-case, sliding the top off of the bottom. Upon opening the figure, you'll see that it is lovingly packed into a foam insert cut specifically for the figure; Over-Run's Tech-Spec is packaged right on top as well. 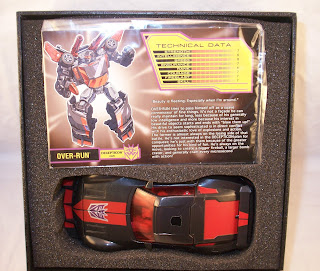 Now comes the packaging's cool part. This is Over-Run, 1/2 of the RunaBros. When Runamuck shows up, since he's the Free Membership figure, he'll only come in baggy in a box. The OTFCC out-did themselves on this... they PLANNED for Runamuck... 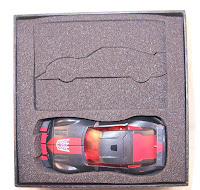 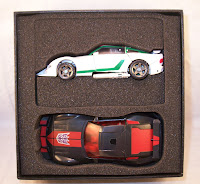 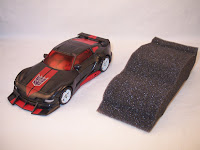 Under Over-Run's Tech-Spec is a space cut out specifically for Runamuck! Wheeljack was kind enough to volunteer to fill in. The square that you see around Runamuck's spot is where the foam is cut lower than the rest of the foam tray allowing a spot for both figure's Tech-Specs. This just goes to show you that FunPublication's put in time an effort to make their Exclusive Collectible figures worth the price.

Underneath the foam insert is where you'll find Over-Run's instruction sheet, nicely folded, bagged, and protected by Silica Gel packs. 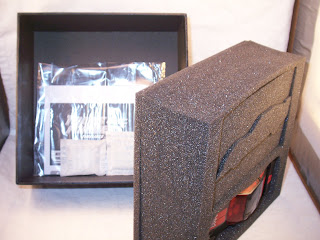 Unlike your everyday Transformers from Hasbro that have their Tech-Specs and stats printed on the box, OTFCC actually gives us a beautifully illustrated Tech-Spec card. 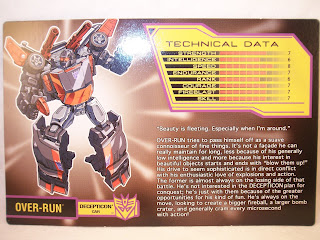 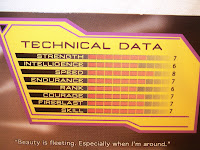 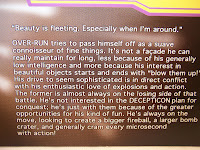 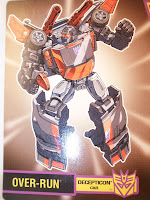 Like I said, since Over-Run is an Exclusive figure, he is basically a repaint with a new head. Over-Run uses the Generations Wheeljack mold. We got this mold a second time with the Reveal the Shield line's Turbo Tracks. Tracks was also a little bit of a retool consisting of a different head, wings, and different Alt-mode front end. Over-Run sticks with all of Wheeljack's parts, but with the retooled head of course. 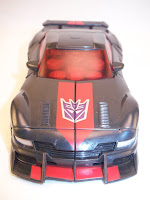 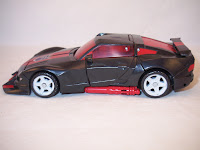 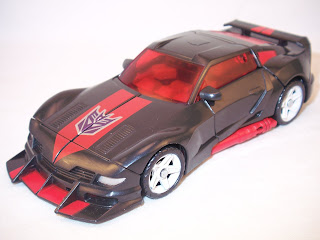 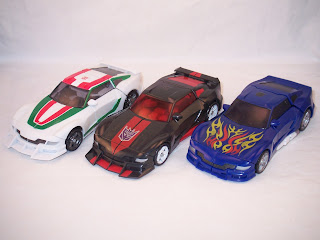 The paint-apps are excellent! Over-Run is primarily molded in black plastic with red paint-apps. The paint is very crisp. My Over-Run came out looking great with no smudges or over-spray. The hood prominently displays the Decepticon symbol which is again, crisp. 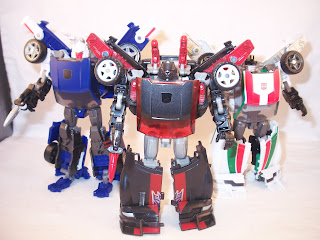 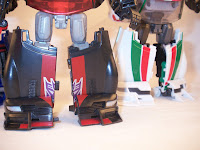 For all intents, Over-Run is the same figure as Wheeljack and Tracks. If you're a collector of anything from Mattel or Hasbro, you're used to repaints. 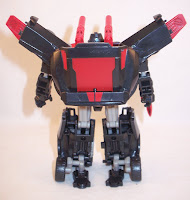 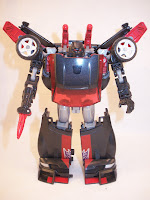 Of course, the thing that makes his figure truly represent that he is Over-Run is the head sculpt. The G1 accurate head was based on designs by Transformer's artist Dan Khanna. 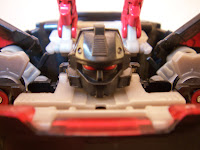 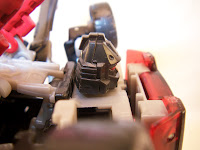 This really is Runabout and Runamuck's visage. It's not necessarily a full faceplate like Optimus Prime's, but more a mouth-plate just covering the well... mouth. When Runamuck shows up, he'll have the same head.

I'm very happy with Over-Run. The "Classics" molds have all been excellent updates on the G1 figures and the Wheeljack/Track/Runamuck/Over-Run mold is no exception. The Alt-mode holds together well and the Bot-mode is detailed and well-articulated; these really are great toys. I'm really looking forward to receiving my Runamuck and completing my RunaBros.


Check back soon for my look at the OTFCC's second Exclusive figure, Shattered Glass Drift.