How much do we all love chasing down variants?  I can tell you it is a love and hate type relationship.  On one hand, I hate the fact I can't get the entire wave at once.  And the other... the chase.  Obtaining these three was partially easy and partially a pain in the keister.  I managed to grab Ghost Rider and Iron Man easily.  But Steve Rogers.  He was a victim to a Hot Wheels collector's trade fantasy.  I was told he would get two old treasures hunts for him.  Argh!  For a figure I would go home and rip open.  I can tell you I wasn't too happy.  After a week of brooding and finally catching Steve on the weekend at a TRU (whom didn't put the case out when they got it), I spoke with the guy... Needless to say his response was that he would grab action figures again before he pranced off to his precious Hot Wheels everytime.

Now not all Hot Wheels collectors are bad.  But some have quite a horrible reputation around here with collectors and employees the like (fights and races and general shenanigans...  I have a crazy story about a guy grabbing all the GI Joe 25th 2 packs when I was looking through them.  Crazy dude.  He told me he was trying to get under my skin..  wtf?!?!...).  But this guy makes me want to grab his Treasure Hunts and rare McFarlanes while he watches (I say "his" as I don't care about those things...).   I don't like playing this game.  I like helping out the collectors I know.  Having a network makes this whole one per case thing manageable.  But man, this guy got under my skin.  (Makes me wish I could get the Marvel Legend set with variants from BBTS like I do DCU.  It would save me a ton of trouble.)  Horrible as it sounds, he needs to think I will grab his Hot Wheels so he leaves the action figure aisle alone.  Yikes.  All for plastic...  I would have rather had an agreement where if I found a rare McFarlane or Hot Wheels when he was in the store that I would hand it to him...  and likewise action figs...  but he wanted nothing to do with it.  Oh well, it should be interesting in the future.  I'm sure there is some argument that he grabbed it first, but I've known this guy some time and converse with him regularly.  And that same "grabbed it first argument" will be in place when I have a Super Treasure Hunt in my hand and he wants it.  Sorry man, guess you shouldn't have gone after action figures first...

Onto the variants.  This wave consists of simple variants.  Paint and plastic tones.  Ghost Rider has orange instead of blue.  Iron Man is blue instead of red.  Steve has a translucent shield and some minor paint variations.  All in all if I wasn't such a damn completest, I wouldn't have had a problem with Mr. Hot Wheels.

Ghost rider stands out to me as my favorite.  That sculpt just looks bad-ass in orange.  Iron Man is the stealth variant.  Not bad either.  Now Steve...  I wish he would have just come with both shields in the first place.  It is the only part worth keeping in the variant.  The darn shield.  But it's a real neat shield! 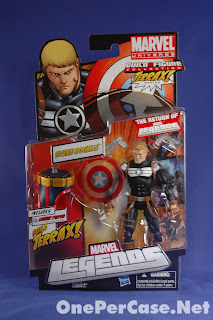 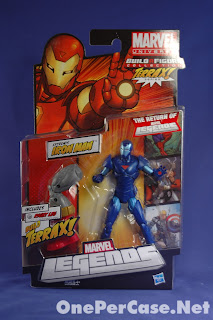 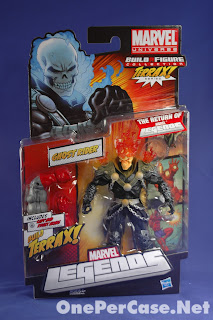 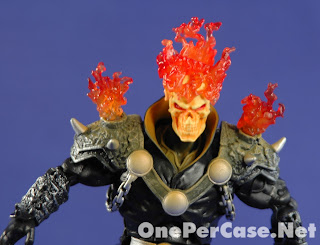 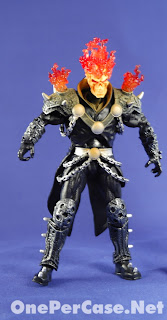 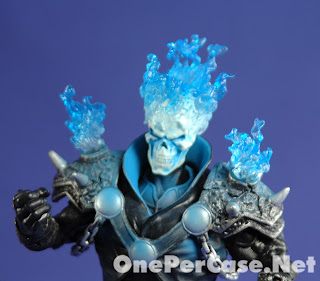 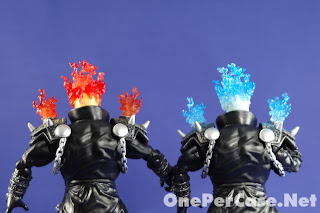 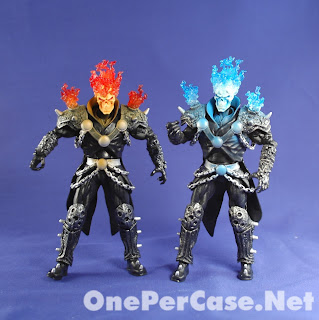 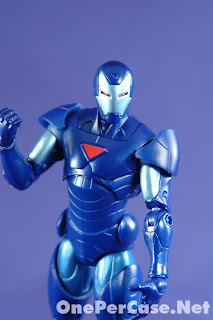 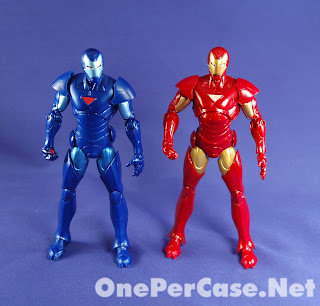 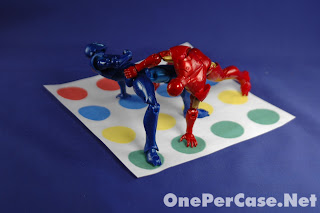 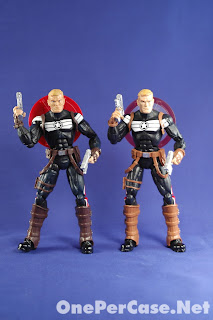 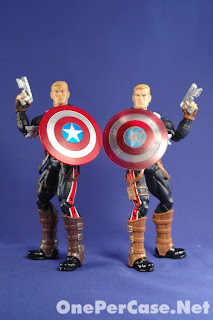 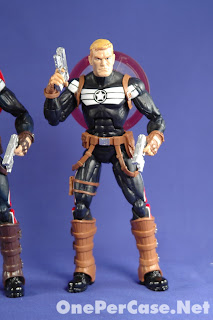 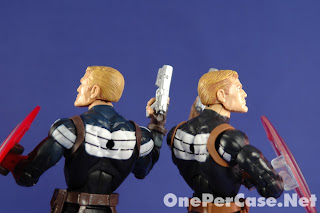 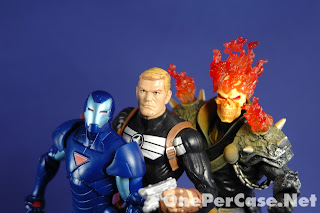 OnePerCase review by Jason X
Posted by Unknown at 10:51 PM