So a few weeks ago, my HP dv-5 series laptop decided to have a heart attack and die.  More accurately, as my buddy Patch and I discovered during the autopsy, the motherboard fried itself.  This has made writing and editing photos for this site a little difficult, so obviously, I was in the market for a new laptop (I don't like desktop PC's for my needs, they're too.... stationary...)

Normally, I'd be pretty ticked about my laptop killing itself like that, especially RIGHT after the holidays, but really, I'm just glad it's in a better place now.  It was a part of the unfortunate sub-generation of HP notebooks that came out right before Windows 7 was made official, and it was one of the few NOT recommended to upgrade from Vista to 7, though I still don't understand why.  And Vista, oh how I loathed thee... but I digress.  So I was ready for a new laptop.


Despite the last HP taking a dump all over itself, I actually like HP's products, and have had no other problems with them in the past.  Maybe it's just because I'm used to them.  I use an HP EliteBook for my day job, and have been through several of those models over the years, and they've all performed well.  So when Patch and I (in addition to being my autopsy lab assistant, he's also my legal adviser on all tech purchases) went shopping at Fry's last weekend, I was already gravitating toward several HP models.


I settled on one that wasn't even out on the floor yet, the dv6-6c50us.  The sales guys pulled it out of the back for me, and knew nothing about it aside from the specs listed in his computer.  Once we unboxed it in the store, all three of us actually stood around it drooling for a minute.  This might be the sexiest HP laptop I've ever seen.  The casing follows many of the design cues that have been HP's hallmark the past several years, but they've refined the design a bit more.  The housing, a color called "dark umber" is milled from brushed aluminum.  I knew HP was doing this on several of the dv series lately, and my EliteBooks are all aluminum, but it feels more svelte here on a consumer model.  Plus, it greatly helps with one of my few complaints with HP's products; heat dissipation.  My dv-5 used to overheat like it was actually on fire if I didn't keep it on a cooling pad. 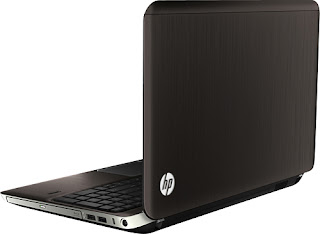 The contours of the body are really slick, too.  The keyboard tray tapers toward the front, giving it a thinning feel in both the open and closed positions.  The speak placement is well thought out, and includes four speakers positioned around the base of the device, with two in front, and two behind the keyboard, embedded in the hinge.  Though I didn't spring an extra $500 for an Envy model with an illuminated keyboard, the track-pad is lined with a white LED, making it easier to at least see THAT in the dark.  Speaking of the keyboard, the keys are well spaced apart (good for my big fingers), and feature some sort of "soft touch" coating that gives them a nice smooth feel under finger.  Despite the keyboard being well spaced and plenty large for me, HP also managed to fit in a 9-key pad as well, and a fingerprint scanner directly below that. 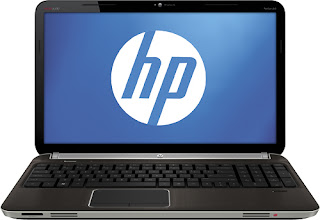 In addition to the nice body, this thing has some decent brains as well:


The price I paid at Fry's Electronics in Roseville was $800 up front, with a $50 mail in rebate.  This is actually $50 LESS than the previous model DV-6 still on the display floor at Fry's.  This price seems pretty standard based on what I've seen online.  NewEgg has the same deal for this model right now, with free shipping.  Not a bad deal for everything under the hood. 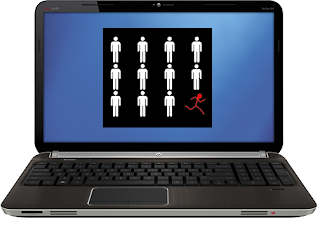 And after getting all of HP's and Microsoft's bloatware uninstalled, installing my own stuff, and configuring everything to my liking, I've spent 5 solid days playing with this thing, and I love it so far.  The performance is smooth and FAST, the battery lasts forever, the screen is bright and sharp, the audio ROCKS, and the machine just feels good.  If you're in the market for a new Notebook PC, this one is definitely worth considering.