It’s the return of Marvel Legends! Toy Biz had a good run, then Hasbro took a shot, and now Hasbro is taking another shot. So far, so good. The first wave of Marvel Legends includes former S.H.I.E.L.D. agent Frank Payne, better known as Constrictor, so it’s time for a review. 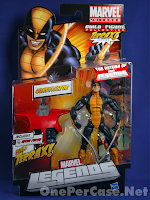 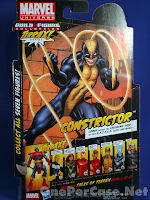 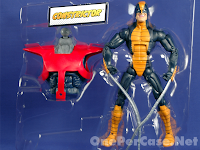 Once again, the new packaging looks great. Easy to open, great new design, rich comic colors, and all around goodness. The new packaging is a win for both carded collectors and openers. 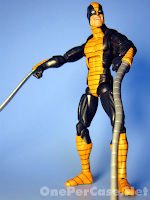 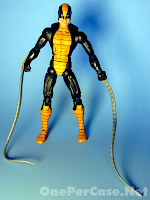 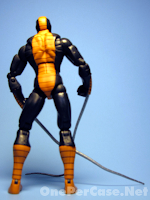 Like a lot of comic book characters, the new Marvel Legends Constrictor is a muscley guy in a jumpsuit. Hasbro has delivered us just that. The colors are great, with a nice deep black and rich yellowish orange. The vibranium coils look great and are positioned perfectly. The head sculpt on this guy is really top notch. He’s a bad guy, and he looks like a bad guy. Just look at that face and tell me he doesn’t have a heart full of black! 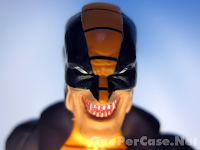 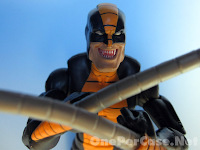 Once again, the articulation on the figure is par for the Marvel Legends course. Great range of motion, knobby looking (but functional) knees, etc. His torso articulation is fairly loose, which can sometimes make for a bit of a balancing act for posing. Is anyone else seeing this as a trend? I found the same thing on the Klaw figure. My complaint here comes on the vibranium coils and their lack of pose-ability. They’re flexible, yes, but you really have little to no control over where they go. I expected a posable wire inside, but  I was let down. 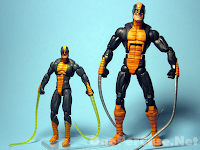 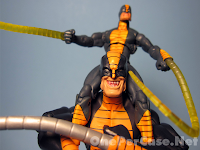 Overall, Constrictor looks and plays great. I was a big fan of his 3 ¾” release in the Marvel Universe line, and this figure is every bit as good, if not better. He looks ready to do battle, on his own or with his smaller doppelganger. If they were to take on, oh I don’t know, the Klaws… I’d have to give the advantage to Constrictor. He’s got the reach. 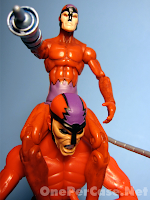 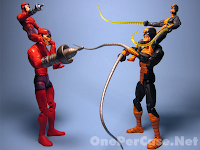 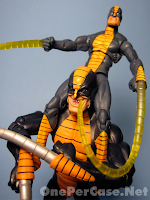 Constrictor and the rest of the new Marvel Legends line are just starting to hit brick and mortar stores, and can also be found online at BBTS and other quality online shops. Don’t forget to collect them all so you can build Terrax! 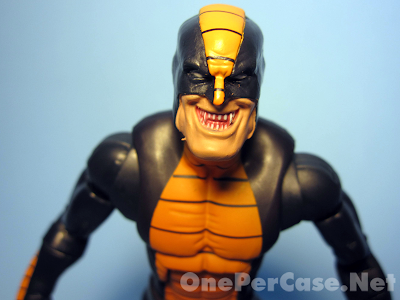