Ross comes through again! As Jason already mentioned, our local  Ross stores got in a few Joe items that we certainly weren't expecting to see. Jason has already rolled out his review for the PoC Ashiko Motorcycle Armor... to which I'm pretty much in agreement with. It was a great idea, but could certainly have been executed better. As for the HISS Scout, I'm going to say the same. The idea of having a small Cobra tank for a single trooper a'la the Joe's Armadillo is cool, but the HISS Scout just leaves me feeling really 'meh'. 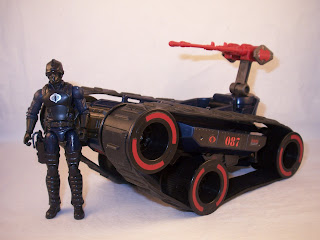 The packaging these showed up in was multiple language; English, French, Spanish... and one I can't make out. The overall packaging design was very much PoC in nature... window box with a description of the item on the back and fitted into one of combat environments that all the PoC figures and vehicles were separated into, the HISS Scout was labeled as part of the 'Desert Battle'. 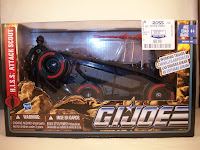 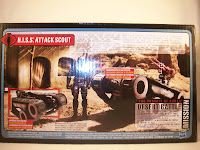 The figure is the same old HISS driver we've received before as the Cobra HISS Commander from the Target Exclusive 25th vehicle wave, the 25th single carded HISS Driver, and the HISS Driver from the Target Ultimate Battle Pack. However, instead of his usual black  and red, he comes in black and a blue so dark it's almost black. The only accessory he comes with is his .45 that can be stored in his thigh holster. 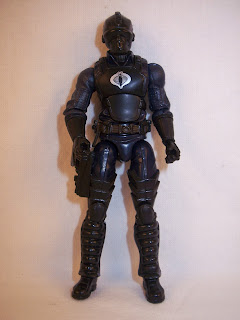 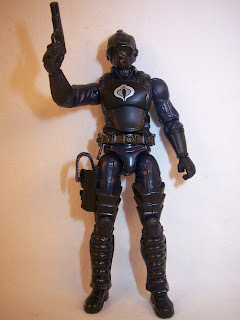 The HISS Scout itself... isn't all that exciting. It's basically a set of treads with a place in the center for the driver to sit. But, they're good treads. The HISS Scout follows the model of the new HISS tank with actual rolling treads that are a solid rubber and fairly sturdy... pretty much the one plus in my mind for the mediocre vehicle. The HISS Scout is armed with one, solitary, small turret on the back that rotates a full 360 and has a few hinges to add some range of motion. 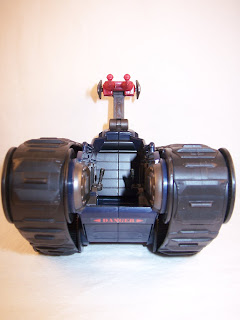 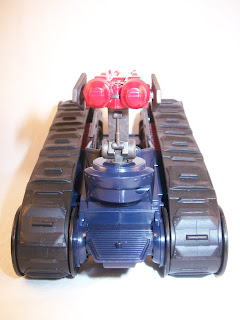 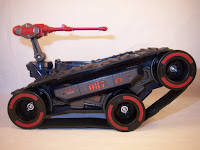 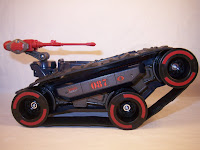 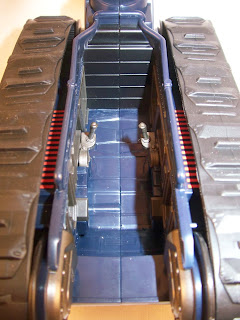 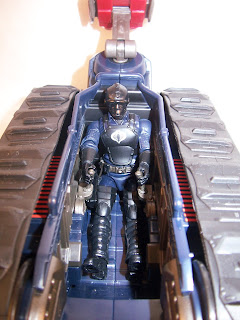 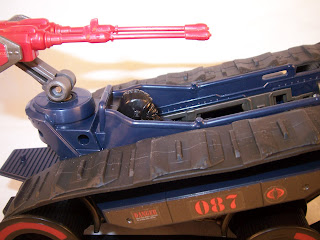 It has a small standing platform on the back to place a figure to... I guess... control the turret. The foot peg is centered making the figure's stance odd and there is nothing on the turret for the figure to grasp. 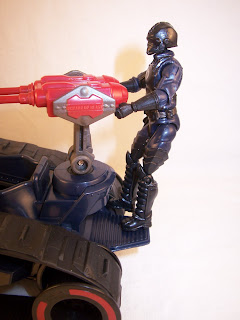 The last thing the HISS Scout is capable of is attaching to the new HISS tanks. Using the "clip" on the rear underside of the HISS tank... 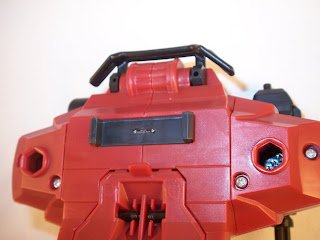 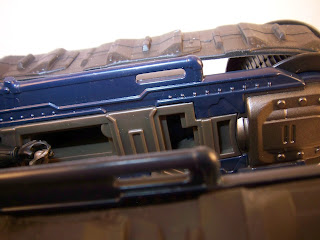 ... snap the HISS Scout into place. 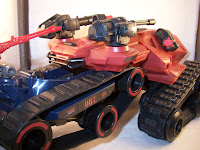 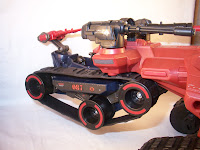 While a neat idea... carrying a little extra firepower into battle and an extra vehicle... the HISS Scout just weighs a little too much. The HISS tank doesn't hold the weight well and upends. 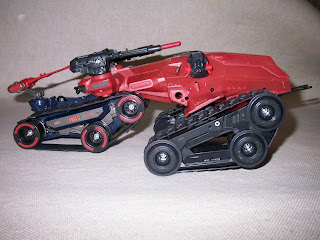 All in all... while its nice to get a one man Cobra vehicle, but I was hoping for a bit more. The HISS Scout reminds me of the vintage vehicles that started hitting in the late 80s and 90s that were merely shells with not much to them  but maybe a gun and a place for a figure to sit. It's just not that exciting of a vehicle to me.