Earlier today, we took a look at the awesome Iron Man Battle Mech.  Now lets look at his slightly less awesome compatriot.  See what I did there?  Yeah, I know.  That was lame.  On the last one, I got to make a yo dawg joke.  On this one I only get cheesy word play.  Told you this figure was slightly less awesome...

Really, there's not much different sculpt-wise with this guy.  As I mentioned in the last post, Captain America's assault armor here is a repaint of the cancelled War Machine set from the Iron Man 2 line, hence the strong War Machine-ish design cues.  The chest plate and the forearms are the only sculpt differences in the armor.  I actually like this bulkier War Machine design better than the Iron Man version, but I'm not a big fan of it in these Captain 'Merica colors.  Not to mention, I don't think this type of vehicle/armor/weapon combo even fits with Cap's character. 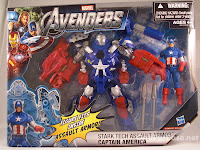 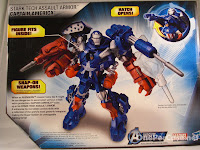 Packing is basically the same as the Iron Man version.  Nice window box. 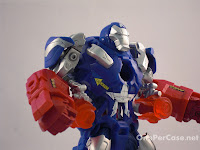 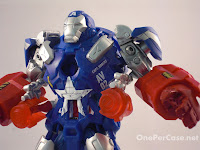 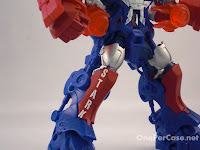 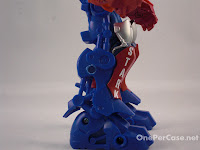 Unlike the Iron Man version, this one is "comic series", not "movie series".  The included Cap figure is based on his comic likeness.  It's actually a repack of one of the deluxe figures from the Captain America line last year, the second version of the glider version, I believe.  No shield is included.  I think an over-sized shield that could plug into the mech's forearm would've been awesome.  Hasbro, you so wish I worked for you. 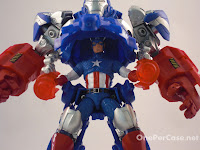 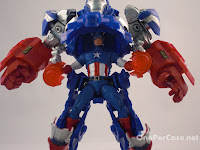 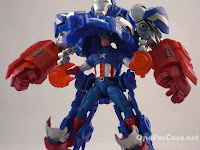 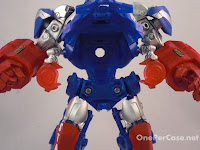 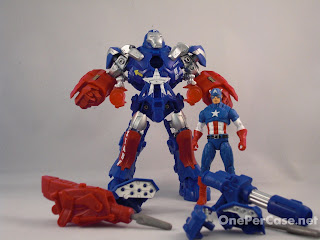 I do like the added paint details, especially the stamps for Cap's name and military-ish markings. 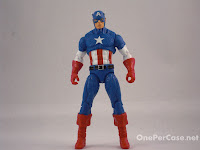 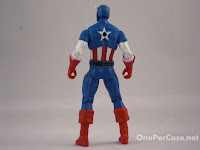 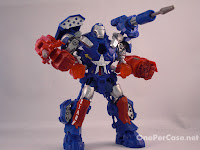 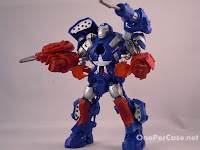 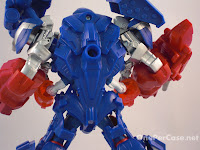 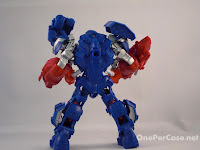 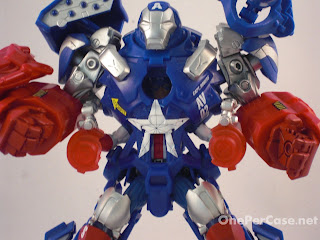 I do think this set is kind of a cash-grab, and would've worked much better as War Machine, who I think could have easily fit into the Avengers line even without being in the movie, but you could do worse for twenty bucks.  It's still a cool toy with some great features and playability.  30 year old me says "meh", but 10 year old me would've said "Yes!" 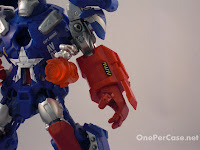 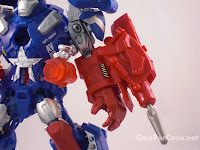 Not much else to say about this one, so I'll let the photos do the rest of the talking. 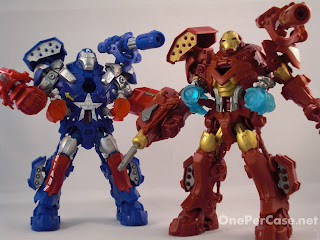