At first glance, many people think this is just a rehash of the Mark VI figure from the Iron Man 2 line.  It’s not, it is a completely new sculpt.  Complete with lack of articulation.  This figure is a part of the "concept series", though I don't know why, considering we know the Mark VI armor appears in the movie.  Is this figure worth picking up? 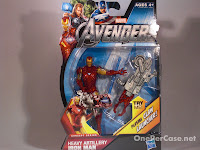 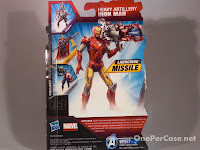 Same thing as the rest of the line. 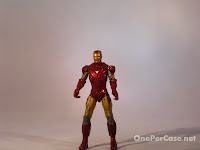 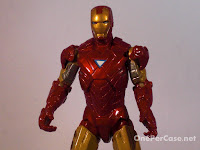 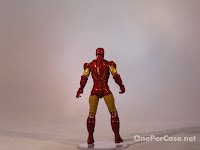 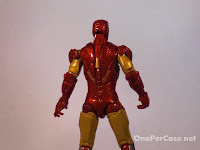 Hasbro gave us PLENTY of figures based on the Mark VI armor in the Iron Man 2 line.  There was the single carded fully articulated version, the light up version, then the running change to each of those with more movie-accurate deco, the Hall of Armor release, the Fury of Combat four-pack, not to mention the countless repaints, under-articulated deluxe and pack-in figures, and the repaints of those.  If the Iron Man 2 line passed you by without leaving you with at LEAST one Mk. VI armor in your collection, you obviously weren't anywhere near a toy aisle.  So why bother designing, sculpting and tooling up a completely new Mk. VI, Hasbro?  Were you actually trying to come up with things to waste money on instead of, oh, I don't know, giving the fans a figure they actually want? 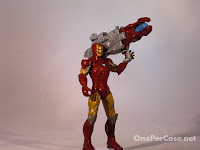 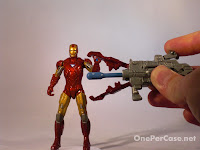 The Good:   I will say, in some ways, the sculpt detail is superior to the previous Mark VI sculpt.  The biceps have the movie accurate lines on them.  The paint detail is also pretty nice.  The giant cannon is a cool nod to Marvel Vs. Capcom fans.  The head sculpt features sharper, deeper sculpting on the eye ports in the mask, which looks good.  That's about where the good things about this figure end. 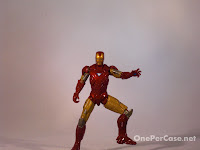 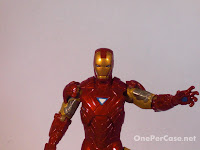 The Ugly:  Do I really have to type it again?  I’m just face palming.  So hard.  The articulation is completely inferior to the previous Mk VI.  No wrists, no torso, no ankles.  Ball hinged everything, including the knees.

So let me get this straight.

IF, for some reason, I didn't already own one, or fourteen, figures of the Mark VI armor, and I decided to go buy one now... I have the choice between a fully articulated Iron Man 2 version, still readily available in most retail stores, thanks to the over-abundance Hasbro shipped two years ago, that comes with a stand, cards, and a missile launcher, for about $8-$9, maybe even clearance price in some areas, OR, I can choose this newer, slightly shorter, less articulated version, that comes with only a missile launcher, and costs a buck more.

That makes lots of sense, Hasbro. 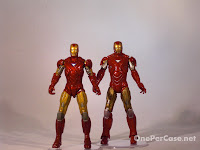 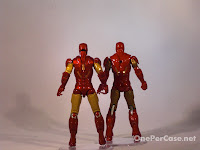 If you have a Mark VI, you really don’t need this figure, unless you just want something to stand in your Hall of Armor while using your better articulated IM2 version for the movie display. 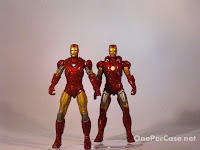 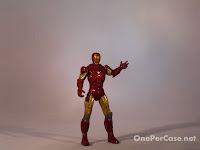 If you are one of the 17 people in the whole world that actually wants to buy this figure, you can find plenty of him crammed into the first two case assortments, available for pre-order at BBTS.

And since he'll be so plentiful in these first two case assortments, plan on seeing this guy stick around the pegs for a good loooooooong time.