Young Justice.  Thankfully it came along to save us from DC shows like Brave and the Bold.  We haven't had anything this good on TV from DC since JLU.

And we get toys.  Now, a lot of them are terrible mind you.  The 4 inch figures are poor excuses for action figures.  But the 6 inch...  the 6 inch have a lot of potential.

Robin had some issues with his face/neck.
Artemis looks like she does in the show.
Aqualad... I love this one!
Red Arrow.  Again, FANTASTIC!

Today while wandering into to Target at 8am and not expecting much as the toy aisles have been dry these first couple weeks of January, I ran across Sportsmaster and Superboy.  I was in shock!  New toys at Target!?!  Great!  I decided to scan them in the price scanner.  NOT IN THE SYSTEM!  Great... sometimes this makes it difficult to purchase items.  I found an employee in the toy aisles and told her the issue.  She helped me out by writing the dpci number on a slip of paper and signed it.  Thankfully, the cashier had no problems checking me out with the number. (edit: wow, kinda pointless story!  I'll leave it in anyhow!)

I am quite impressed on how Sportsmaster turned out: a good sculpt with standard DCU articultion (no double jointed knees or elbows).  He also came with quite a bit of gear: two knives, two stars, a boomerang, a spear, nunchuks and a bat.  Not too shabby, however the gear was cast in REALLY rubbery plastic.  Just check out the bat below...

Now his base... wow.  He comes with a Sectional "set up how you want it base" with extras to set up a training scene!!!  How cool is that!  If you don't like that base, you don't like dioramas! 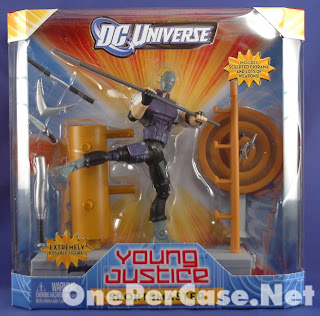 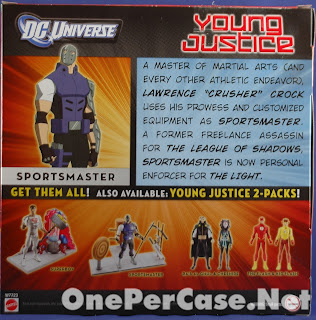 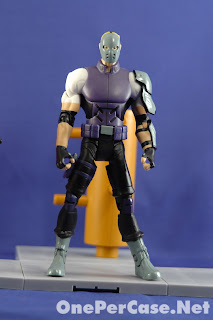 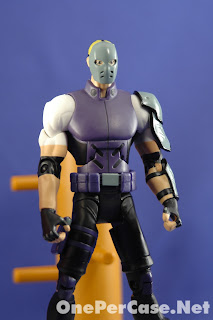 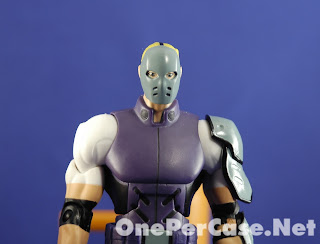 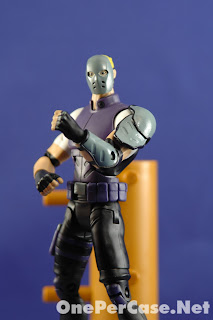 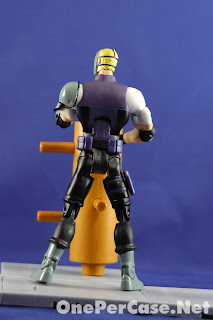 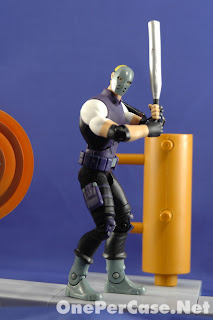 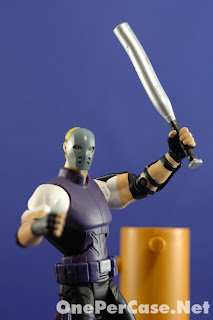 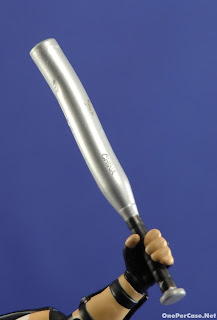 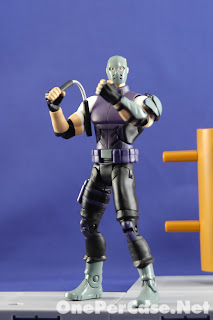 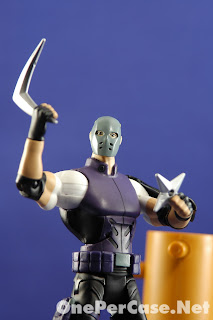 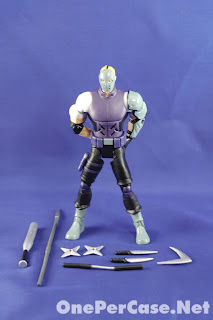 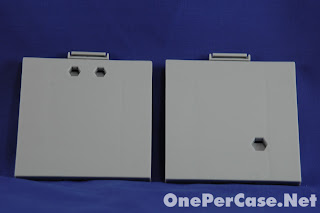 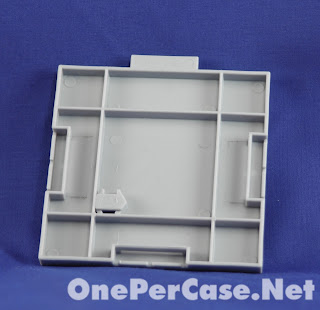 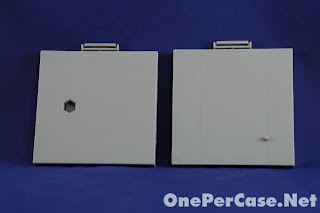 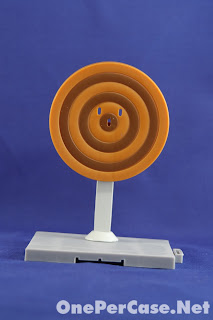 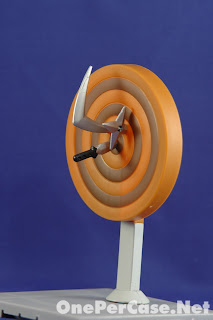 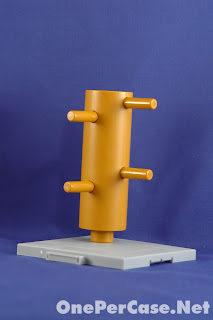 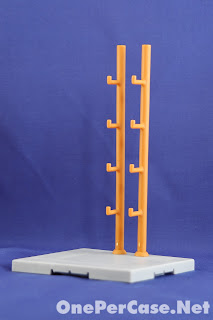 Now all he needs is Casey Jones' golf bag to put his junk in... and maybe a 9 iron.

And... where the boomerang belongs...
with the Captain 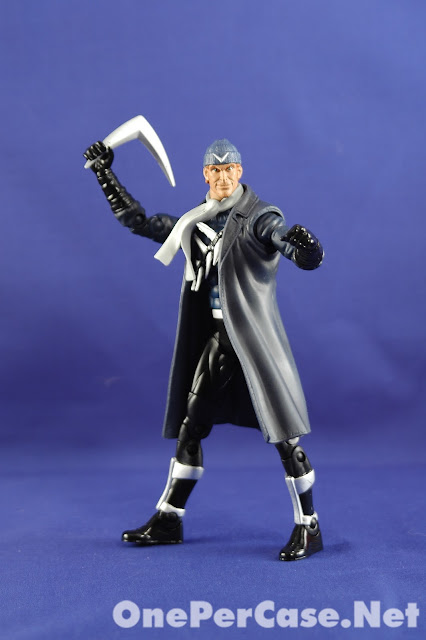