Marvel Universe - Wave 17 (or, Attack of the Repaints) 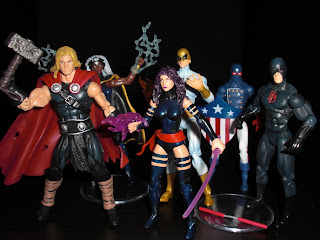 It's a new year, and that means new action figures to review! I received a very large box from BBTS last week, which included this, the first wave of the 2012 Hasbro Marvel Universe figures, aka Wave 17. Reports from last year's SDCC and NYCC indicated that this would be the final wave for 2011, but according to the packaging, this is actually the first wave of Series 4.

So how does this wave stack up? Well, to be honest, knowing what's on tap for the next few waves, this one is kind of lackluster. Don't get me wrong, these figures are all fairly well done, but take a good look at that group shot up there. This wave is comprised of six figures, but only two are characters new to the line. Furthermore, there is not a SINGLE piece of new tooling anywhere in this wave. That's right folks, this is one of Hasbro's classic repaint/kitbash/cheap-o cop-out waves. But I will forgive them, seeing as how the next few waves (shown during the summer conventions) are almost entirely new tooling. Also, because Deadpool is on the cardbacks (Burrito!)
Here's the blow-by-blow:
The cardbacks have changed slightly for series 4. As is tradition. Gone are the round SHIELD/HAMMER emblems in the bubbles from past series, replaced with a character-specific "comic shot". This makes the packaging a little more unique to each character, which is a good thing, and the artwork on these comic shots is awesome, but really, they're just little cardboard prints. I don't know if Hasbro was trying to make this the next collectible pack-in, like the Fury Files from Series 1 & 2, but in my opinion, these don't hit the mark. I'd rather just have the Fury Files back. Also changed in Series 4, no more stands for the figures. This is disappointing. Very disappointing. 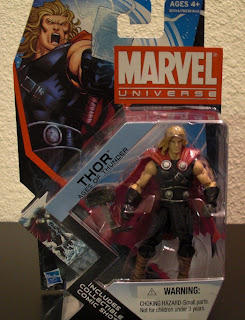 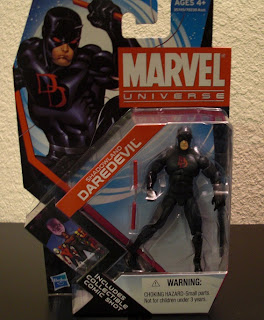 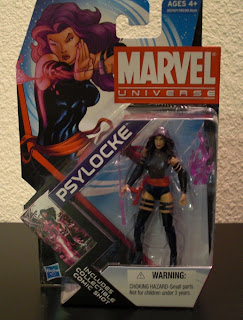 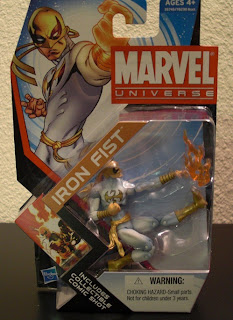 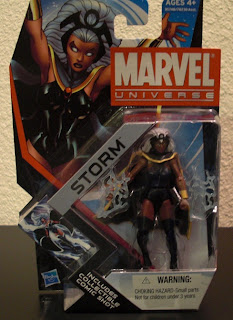 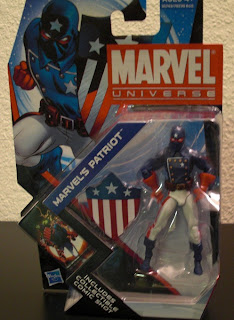 On the up side, the character art doesn't entirely suck. And... AND... As I mentioned above, Deadpool is the new Nick Fury/Norman Osborn/Steve Rogers (i.e. the guy on the back of the card telling you to "collect them all"). Deadpool is one of my favorite Marvel characters of all time ever, so I thought this was pretty rad. To make it even better, he's got a different quote on each cardback. Based on photos we saw of the future waves carded from the 'cons, it appears the character on the back will change with each wave this year (Rocket Raccoon looks to be on what is now the Series 4 Wave 2 cardbacks). 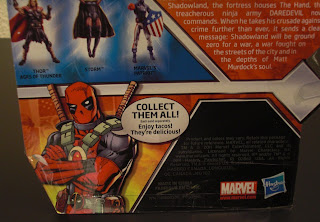 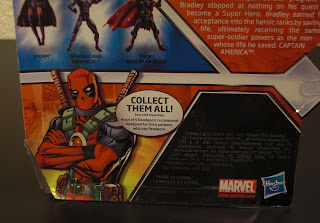 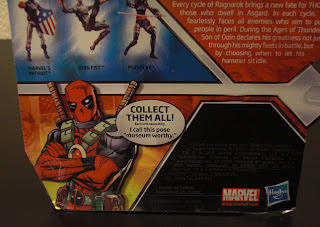 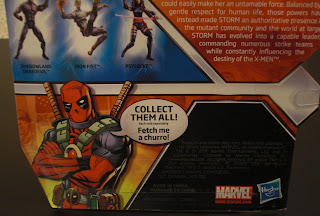 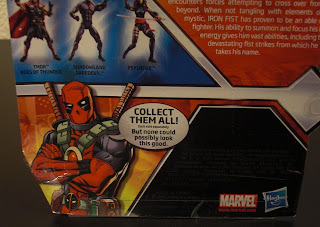 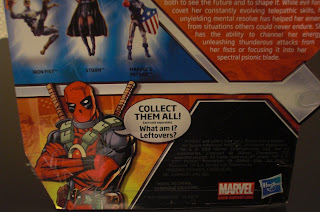 Also on the up side, and perhaps this is the trade-off for losing the stands, every single figure in this wave comes with at least one accessory, and the ladies include two. That's gotta be a first for this line, and if this trend continues, it will be the only thing that makes up for the lack of stands. So, figures... 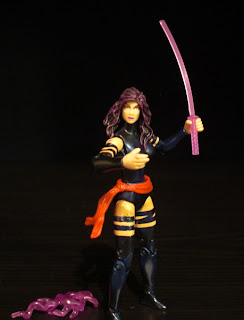 First up is Psylocke, arguably the star of the wave, and the first of the two new characters. Psylocke has always been one of my favorite Marvel characters, so I'm stoked to finally see her in the 3.75" scale. Psylocke includes a transparent purple "psy-katana", which is the same mold as we've seen before with other ninja characters, and a purple version of the flame effect found with Johnny Storm and Iron Fist figures. Two accessories = not bad.
Psylocke looks great, but unfortunately, she uses the same female buck that's been in use since the line started, with inferior articulation and less detail in the sculpt than current bucks. This figure would have been exceptional on the new female buck (X-23), but as-is, she's merely tolerable.
The head is a repaint of the Dark Phoenix head that's been used a few times now, and only bears a passing resemblance to how Psylocke is normally drawn in the comics. The belt is re-used from Ms. Marvel. See? No new parts.
Is she worth picking up? If you're a Psylocke/X-Men fan, sure. The metallic blue and transparent purple colors look great, but Hasbro could've and should've done better on this one. 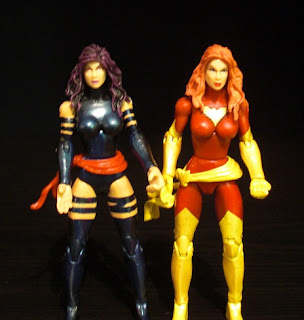 Next up is the other new character in the wave, Patriot. Made with a combination of the Bucky body, a Union Jack head, and WWII Cap's shield, Isaiah Bradley here is a nice addition to the line, if you're into the Young Avengers, which I'm not. Overall not a bad figure, but I would've rather seen him with the more commonly depicted bare-head-with-an-eye-mask look from the comics. Meh. 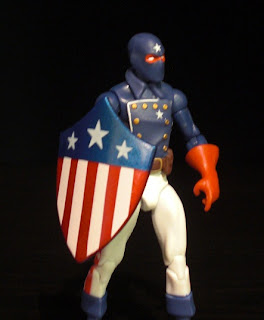 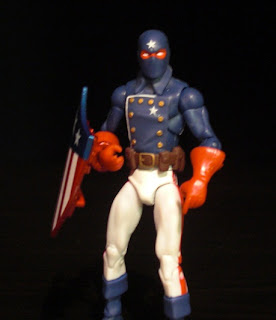 Moving on to the characters we've seen before in different outfits... Storm is nice, I guess. She, too, uses the old female buck, with the head from the Giant-Sized X-Men box set, a repainted Hobgoblin cape, and Electro's... umm, electricity. Not bad, but not great. Here she is shown with previous versions. 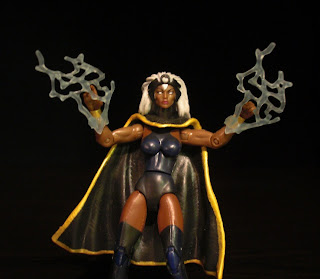 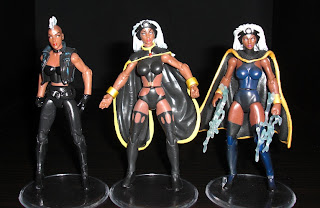 Shadowland Daredevil. This could've easily been one of the better figures in the wave, if only Hasbro had used the same Cyclops buck that they used for his new comic-pack release, which came out shortly before this wave. But they didn't. They also didn't use the original Daredevil buck from Series 1, thankfully, so this guy falls in the middle between "bad ass" and "just ass". This figure uses the Captain Marvel buck, with the Series 1 Daredevil head and nunchuku. Out of the package, the left hand was too wide to hold his weapon. You'll need to use the old hot water/cold water trick to tighten it up. Here he is shown with the Series 1 buck and the recent (read: awesome) comic pack release that Brett covered a while back. 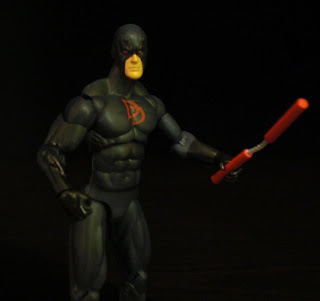 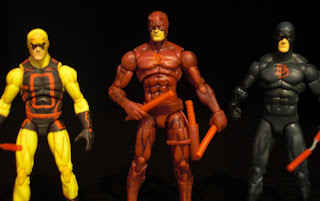 Iron Fist gets his 4th(!!!) different release in this wave, which almost puts him up there with Iron Man/Spidey/Cap/Wolverine status. This figure is a straight repaint of the Series 1 "closed fist" variant, which also just so happens to be back in circulation at retail right now thanks to the recent revision cases. The new white outfit looks good, so he's worth picking up if you're into having your characters in alternate costumes. Which I am. Here he is shown with the Series 1 variants and the recent comic pack release. All we need now is his red outfit. 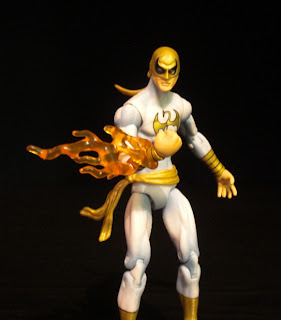 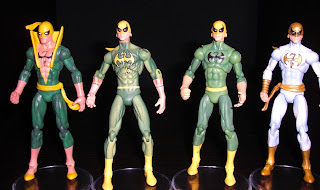 And that brings us to Thor (Ages of Thunder), who is another highlight of this wave. This is basically a helmet-less version of the figure released as an SDCC exclusive in 2010, which is one of my personal favorites in the line. The downside with this figure, in my opinion, is that Hasbro recycled the Doc Sampson head and repainted it to be Thor. It looks ok, but not amazing. This figure also lacks the paint wash of the original, and includes a different sculpt of Mjölnir. Other than that, it's identical to the SDCC release. If you missed the SDCC version, and don't want to spend secondary market prices for it, this is a decent substitute. This guy is definitely worth picking up. Here he is pictured with the SDCC version. 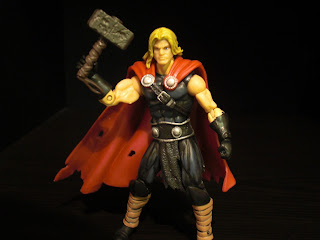 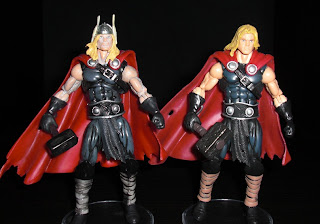 Overall, this wave isn't bad, but it's not as new and exciting as it could've been. I understand the need for the occasional repaint/kitbash wave, but considering that the LAST wave was also all repaints and kitbashes, and considering that this is the first wave in a new series, it's a little disappointing here. Thankfully, the next several waves look to make up for it with all kinds of awesomeness on tap. I just hope we don't have to wait too long for those waves to get here.
AND, since it's New Years and we here at OnePerCase have nothing better to do than take a million pictures of plastic men in the middle of the night while the rest of the world is getting drunk and lighting things on fire, here's a New Years bonus for ya. Thanks to Jason for picking this Electro variant up for me recently. 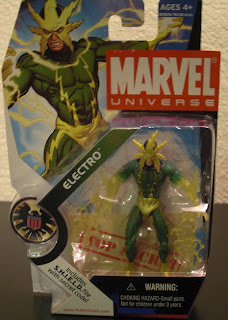 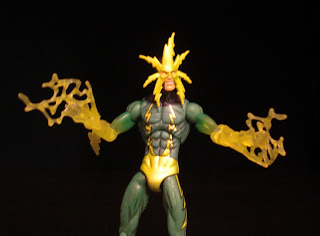 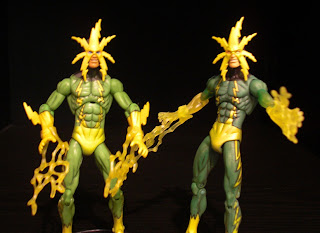 This was a completely unannounced, un-rumored, unexpected variant that magically showed up in the recent revision case (the same assortment with the re-release of the green Iron Fist). Here's Hasbro: "Surprise!"
This time around, Electro features translucent arms, whited-out eyes, and a a slightly shinier, darker paint job. He looks more villainous that the original release. Some of the samples of this variant also feature a more translucent mask, but that appears to be dictated by how much paint gets applied to it. Overall, not a bad bonus figure to hunt for, especially since in true variant fashion, this guy isn't in all of the cases for the revision (some of them include a re-release of the original paint job instead). Happy hunting.
Tune in next time when we save a burning school bus full of puppies from a swarm of angry laser-wielding sharks.
Posted by Zak Sousa at 12:02 PM