Also in that big box from BBTS last week, were the newest wave of comic packs in the Marvel Universe line, 2011 wave 4. This wave includes Mr. Sinister with Gambit, and Thanos with Adam Warlock. 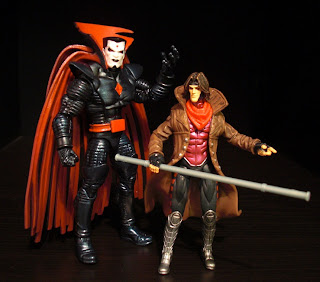 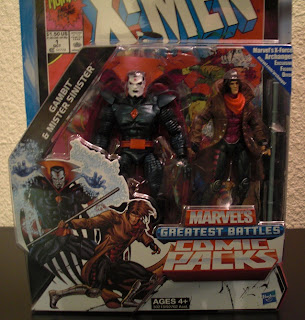 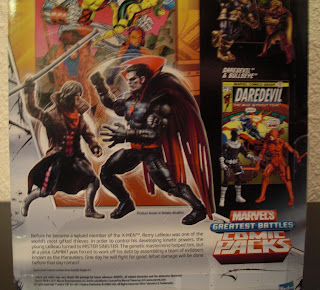 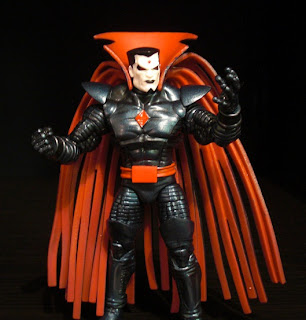 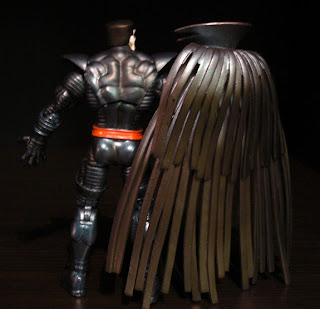 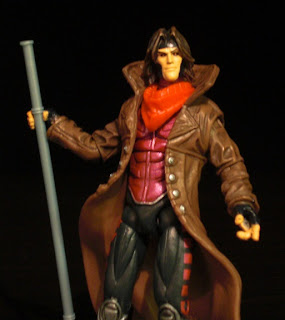 Mr. Sinister was one of my favorite villains as a kid, so when I saw this set at SDCC last year, I was stoked. But then I saw that they were retooling Colossus to make Sinister, and I had a sad. I thought Sinister would've looked much better with a leaner body sculpt. Regardless, I stil pre-ordered this wave through BBTS as soon as it went up on the site. And I don't regret it. This wave of comic packs kicks ass. Just as much as the last wave. And for me, Sinister is what makes the wave. 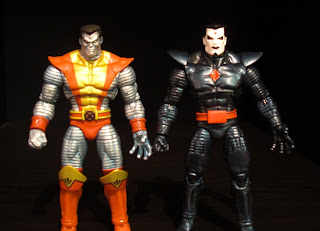 Yes, Sinister is basically a repaint of Colossus with new shoulder pads, a new head, and a cape (and a plastic rectangle glued over the sculpted "X" of Colossus's belt), but now that he's in hand, I think that's perfectly fine, and a very creative way to reuse the Colossus buck. The head and cape are what really differentiate this figure from Colossus. And it just looks badass in person.

Update: An astute Toyark forum member pointed out that I neglected to mention that Sinister's upper legs have also been retooled, incorporating the tops of his boots into the sculpt. 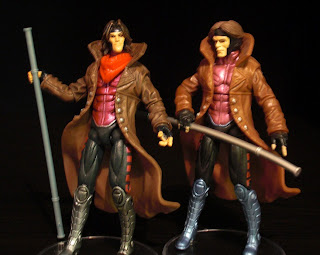 Gambit is another story. He's basically a repaint of the X-Men Origins: Wolverine release with a new head, a scarf, and no throwing cards. The paint job looks much better than the original release, and the head is a huge improvement, but the figure still lacks articulation at the wrists and ankles, which really limits his posability. I was hoping Hasbro would retool those parts for this release, but no dice. Despite this setback though, he's still a great looking figure, and this set together is awesome.

The comic included with this set is another one of Hasbro's now notorious flubs. The cover would have you believe it's a reprint of X-Men #1, which didn't even feature Mr. Sinister, but the inside pages are a reprint from a different, much later issue that does feature both characters. Well at least you got it half right, 'Bro. 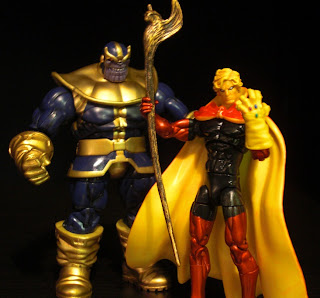 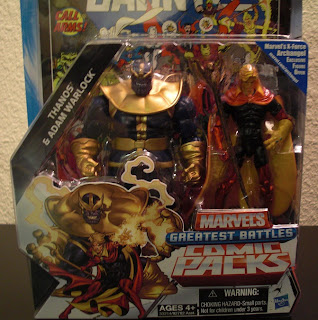 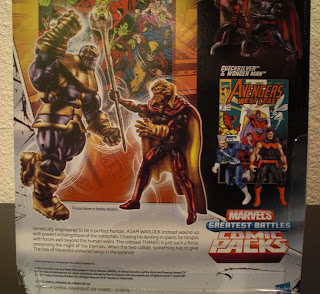 Thanos and Adam Warlock is another set full of awesome. I wasn't as excited about this set when I first saw it, because I thought, "Wait, we just got a Thanos figure, WTF???". But having this set in hand, I retract my previous WTF. 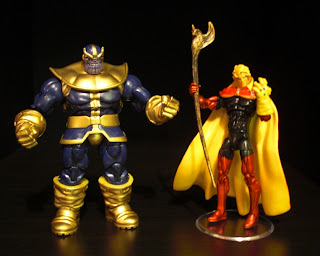 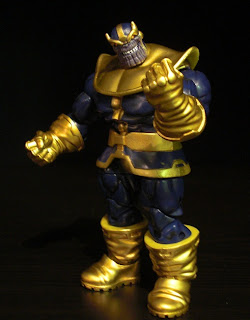 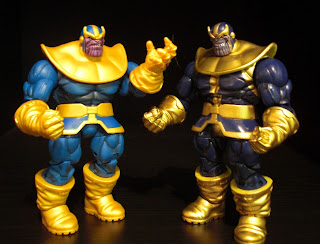 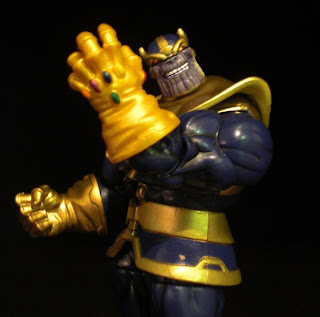 Thanos is a repaint of the previous Series 2 release, with a new head, and a much, much nicer paint job. The colors are darker and the gold is more metallic. The only downside to this version is that he doesn't come with an Infinity Gauntlet to match. The gauntlet from the first release fits him fine, but the color is off. 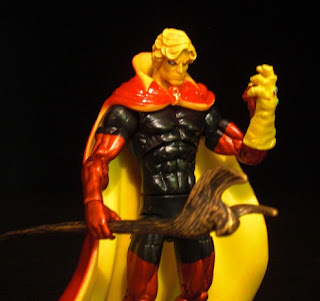 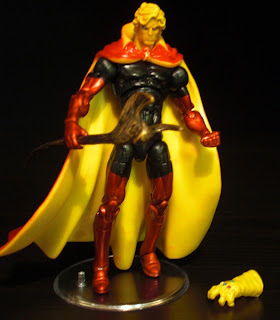 And Hasbro nailed Adam Warlock. I've never been a huge fan of the character, but this is a damn impressive figure. The base buck is the Jim Lee Cyke mold, which is my favorite in the line to date. The head, cape, and staff are new. The paint is metallic and looks great. And this time, Adam is the one with the Infinity Gauntlet, which is also a new-ish piece (also included with the current Marvel Digital Comics subscription Dr. Doom figure), that snaps on over the forearms. The only thing that could've made this figure better is if the gauntlet were an entire swap-able forearm piece like on the original Thanos.

Unlike the Sinister set, this set actually comes with the correct comic book. So that's another plus.

All in all, these two comic packs are some of the best Hasbro has done in the Marvel line to date. They've been available in limited quantity online for a couple weeks now, and are just starting to trickle into retail. Do yourself a favor and pick them up when you see them.