The Art and Making of Star Wars: The Old Republic

Star Wars:the Old Republic has been hyped as everything you wanted from Star Wars: Galaxies, and then some. Based on the amazing trailers this game had, it holds a lot of promise to be just that. Seriously, watch this trailer and thistrailer and tell me they’re not better than anything in Episode I and II. Unfortunately for some of us (like myself, a Mac owner), we will be PCd out of experiencing this promising game, as it is currently (and likely forever) only available on the PC platform. As a fan of both of the Knights of the Old Republic games, I was excited to see that this game is based in the ancient Star Wars galaxy, and in the spirit of the single-player BioWare games. Since I lack a PC, I was also excited to see that an “Art of” book would be available for the game. I suppose this shouldn’t come as a surprise, it’s a chance to make more money. 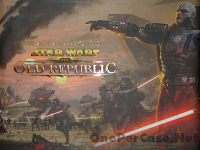 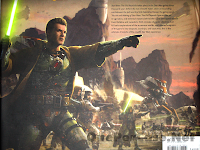 The Art and Making of Star Wars: The Old Republic by Frank Parisi and Daniel Erickson (foreword by Penny Arcade) is a 160 page hardcover collection available from Chronicle Books. Fans of the KOTOR series will be excited by the first section, “The Beginning”, which features some great artwork of Darth Revan and Darth Malak. The book goes on to explain the production of an MMORPG, the creation of various character classes, the multiplayer adventures and a whole lot more. For a book of concept art, it is surprisingly full of text. 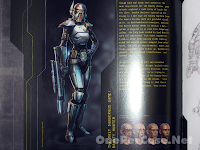 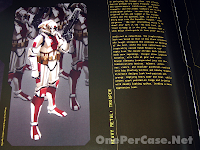 When it comes to the actual artwork, the book is quite rich in the areas of environmental design and character creation. The book does a great job of providing captions for the art, which video game art design books often lack. It also features some great images and insight into the selection and production of the various character classes like bounty hunter, agent, smuggler and Sith warrior. The game locations are similarly well explored, with features on planets including Korriban, Corellia, Hoth and Hutta. Unfortunately, the book is somewhat lacking when it comes to artwork for spaceship and creature designs, which personally I enjoy a lot. Not that they are completely missing, but definitely not covered in as much detail as characters and locations. 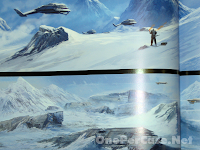 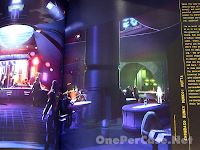 Overall, the Art and Making of SW:TOR is filled with rich, full color illustrations and in-depth insight into the production of the game. A lot of artwork can be found on the official Star Wars: The Old Republic website, so if you don’t feel like forking out the cash, or you aren’t a fan of printed material, you do have other options. If you enjoy the added information, or if you just want something that will look pretty (pretty geeky!) on your coffee table, this book is worth the price. 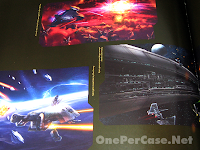 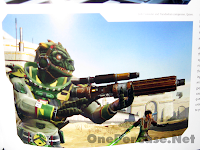 The Art and Making of Star Wars: The Old Republic is available now through Amazon, Barnes and Noble and other book sellers everywhere. 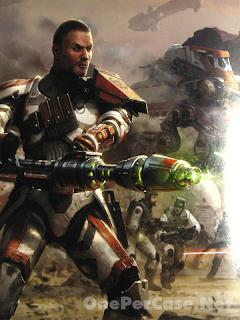 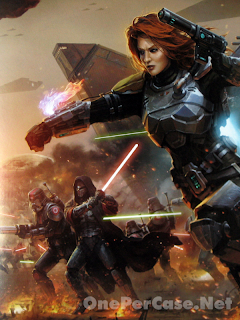