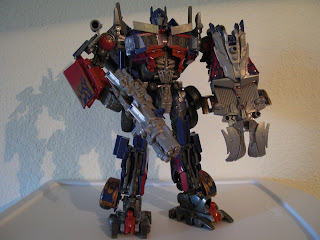 I received my Takara "Striker Optimus" from our friends at BBTS last week. By my count, this is the 7th release of this mold (based on the RotF Leader Class Prime), not counting an upcoming 8th release in the black and chrome repaint of Jetwing Prime, and somehow, Takara keeps finding ways to make it even more impressive. 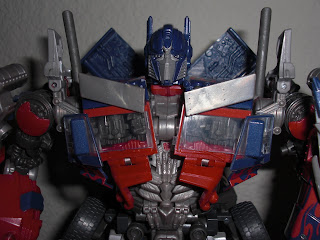 While this release lacks the "premium" silver and chrome deco of the "Buster Prime" releases for Revenge of the Fallen, it manages to deliver an impressive, and in my mind, more realistic deco thanks to Takara's use of darker plastic and paint throughout. Unlike Hasbro's two US-based releases of this mold, and Takara's Jetwing release, this version does not feature the cheap-looking pale grey plastic for robot parts, and overly bright blues and reds for the vehicle parts. Instead, Takara employs a much more subdued color scheme in this release, using several darker shades of almost-metallic grey for the 'bot parts, and duller shades of red, blue and orange on the truck. Takara even went so far as to paint the grey parts of the face mask, rather than leaving them bare grey plastic. Nice touch. The overall effect of this deco is an Optimus Prime that looks like he's been around on our planet, fightin' the baddies for a few years, which is true to the Dark of the Moon storyline. It also gives the figure itself a "premium" feel. You can tell some real thought went into the design of this guy. 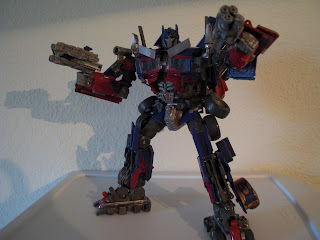 But the changes don't stop at the deco. Takara has made some other minor tweaks to the sculpt to keep it fresh. The chest and abdomen pieces have been retooled to stay true to the updated CGI model in DotM, and Prime now sports the robotic equivalent of a six-pack. This retooled ab piece was previously used on the Takara Jetwing Prime, but it's still worth noting here, and looks even better in the darker plastic. Also, gone from the mold are those obnoxiously temperamental spring-activated swords. Instead, this Prime features retooled forearms that more accurately reflect his on-screen appearance, and include the requisite Mech-Tech ports for attaching different obnoxious spring-activated weaponry. In addition, two more Mech-Tech ports have been added to the top back section of the cab in truck mode, to allow for the attachment of even more weapons than what's included here. And speaking of weapons, Takara has upped the bar just a little more with this release by including two newly sculpted blasters for Prime that connect to form his larger rifle seen in the third movie. Smart! We also get a shield, which while not screen accurate, is still a nice touch. The best part of the shield, though, is how it attaches to the hood in truck mode, turning Optimus into one MEAN looking beast. The two blasters also attach in vehicle mode, so Prime can prowl arround in "Stealth Mode" and beat some Decepticon behind without having to turn into his bot mode.

For those missing the obnoxious energon swords, fear not. Exclusive to Toys R Us in Japan, a pair of Mech-Tech-ized swords are available just for this Prime. Mine are sitting in my Pile Of Loot at BBTS, so I'll update with more photos including those in the future.

The one downfall to this release, albeit a minor one, is the lack of inclusion of the "Buster" gun. The Jetwing release included the removable gas tank guns, which allowed for the attachment of the Jetwing pack. Unfortunately, Striker Prime here does NOT feature the removable gas tank guns, thus preventing him from wearing the Jetwing pack. This is a real bummer if only for the fact that this version of Prime looks ten times better than the version that came with the Jetwing, and being able to attach the Jetwing to Striker would turn the awesomeness up to eleven here. Oh well. Maybe in the 9th release. They've gotta keep us coming back for more some way, right?

So, overall, is this guy worth the high cost of importing from Japan? If you're an Optimus Prime fan with a little bit of expendable income, absolutely. I love my Buster versions, but this guy might be my new favorite. If you're only going to pick up one DotM Prime, I'd say this is the one to get. The deco, the accessories, and just the fact that after 7 (!!!) releases, this is still one of the most impressive feats of transforming-robot-engineering I've ever seen make this guy worth every penny. Just don't expect him to fly, unless you're willing to drop even more cash for his under-painted/over-priced/Jetwing-having brother. 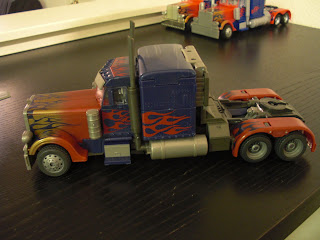 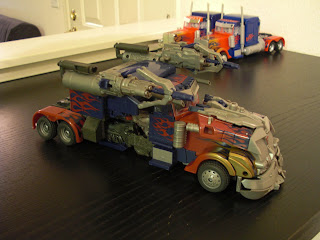 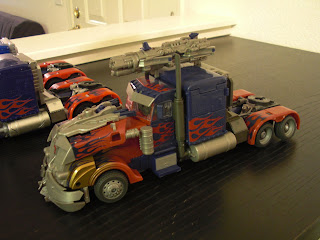 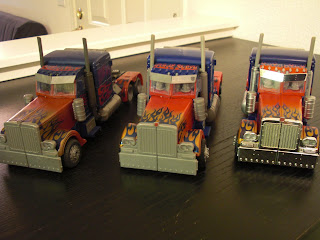 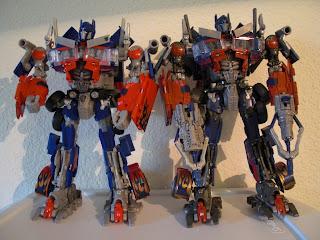 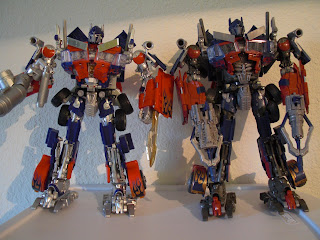 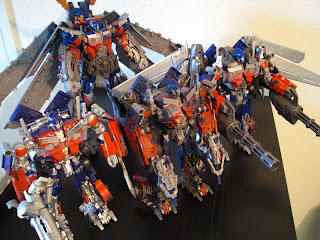