As a kid, I was ignorant as to what "Sci-Fi" was, and I mistakenly pronounced it "Ski-Fee."  How embarrassing.

Sci-Fi was thankfully updated in the 30th collection and Big Bad Toy Store was the place to order from.  It was a very long week as my case traveled from Minnesota to California.  I patiently watched the tracking page until I saw the "Delivered" status.  Then it was a wind sprint to the box!

Sci-Fi's new filecard sums up his original and his updated design reflects the 1986 version.

Sci-Fi has had four versions before this year's, and yojoe.com is my place to go for all references to the 80s Joes.

I grabbed these pics for reference from yojoe.com: 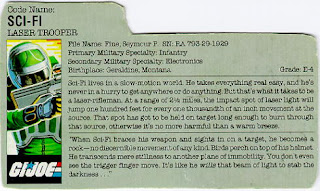 You can find the different versions at these links:

It is safe to say the first and fifth versions are the best...

30th Anniversary Sci-Fi's gear is great.  He comes with his laser rifle, backpack, and hose as he did in 1986.  But the paramount features are his removable helmets.  Yes, HELMETS!  This is fantastic.  Hasbro has easily updated the 1986 version to something far better with the addition of the second helmet (as if the updated articulation wasn't enough).

Speaking of articulation.  I do have one complaint albeit a minor one after posing and shooting Sci-Fi's photos.  Neither of his legs seem to be able to go completely straight.  The knee guard on his boots prevent it.

I believe this is the first figure (edit: second, apparently Stalker had this articulation) to feature only one direction in the new hand articultion (vs the jungle vipers two different).  His hands both swing up and down not side to side.  This actually seems to allow for easier posing with his rifle.  Can't beat that! 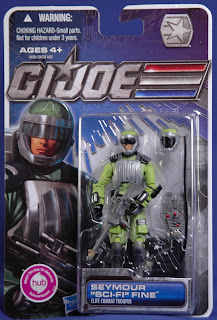 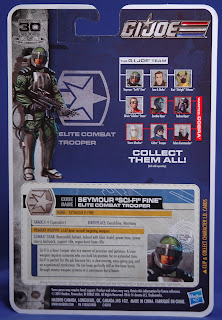 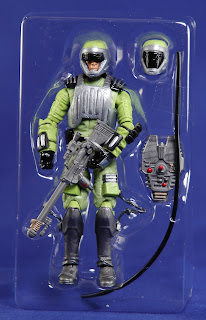 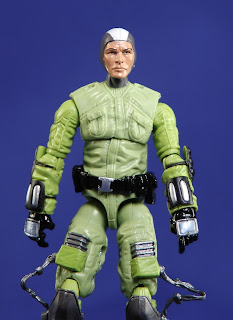 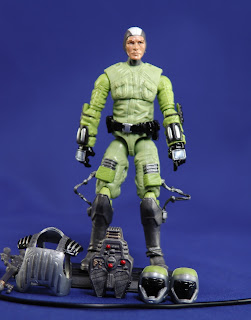 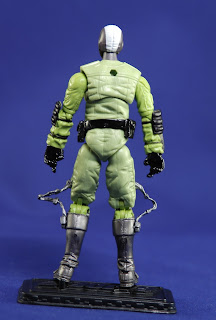 I dig his knees.  I don't know what they do, but I guess they are some kind of battery packs. 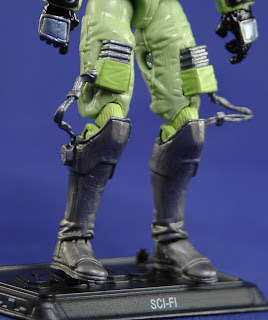 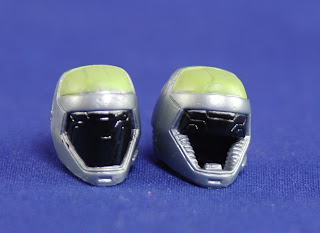 Classic look to the backpack and gun.  Dunno why they red-tipped where you put the hose on... kinda weird.  Gun update is great. 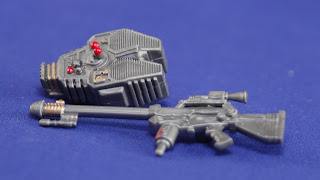 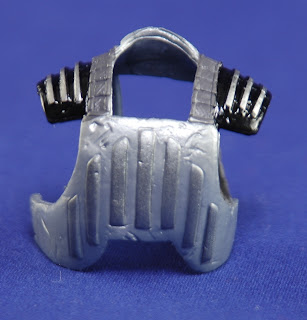 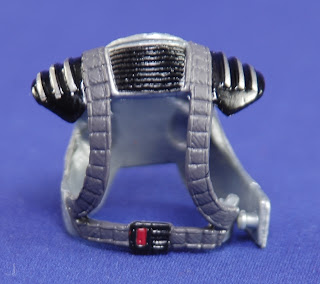 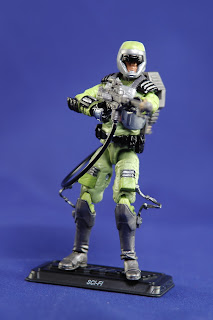 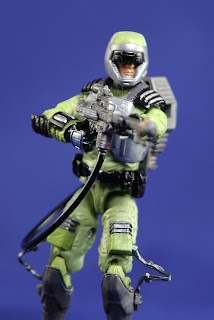 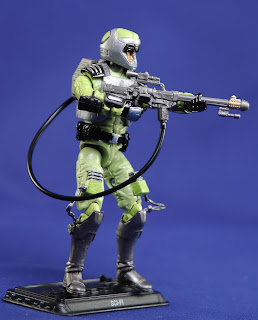 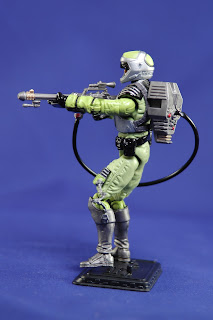 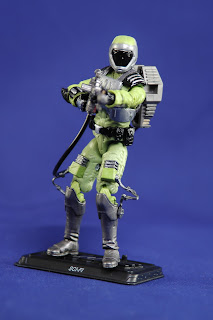 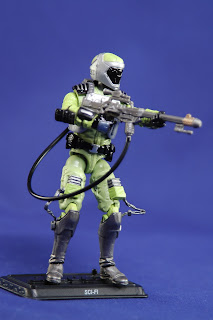 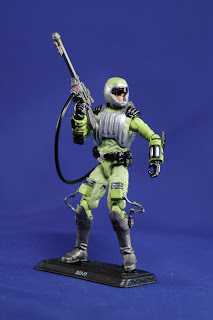 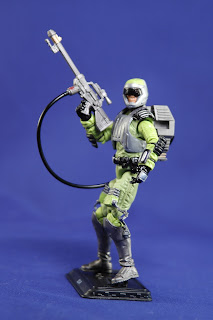 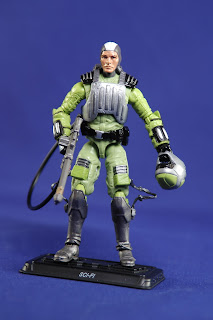 A few pics with the custom I made a few years ago.  It looked good with the quality of the 25th figures, but Hasbro has really upped the quality with the 30th figures. 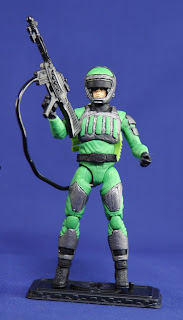 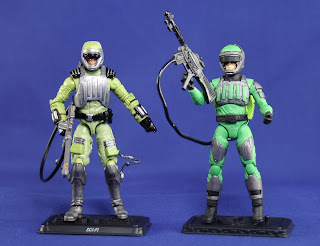 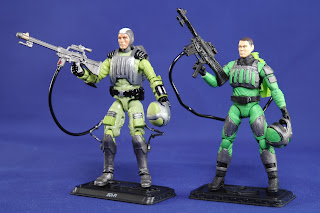 Thank you Hasbro!
Posted by Jason Albrecht at 3:16 PM