Lifeline - A pacifist or not?

In 1986 Lifeline was released in his first incarnation.  When he was introduced in the comic and cartoon he was a pacifist, yet the figure had a gun.  We find ourselves in a conundrum.  Was he a pacifist or not?  Is your Lifeline a pacifist?  Mine is not...  Sure he saves lives, but he sure as hell is going to shoot that B.A.T. coming at him!

These are the links to YoJoe.com:

Here are the pics of the original from YoJoe.com 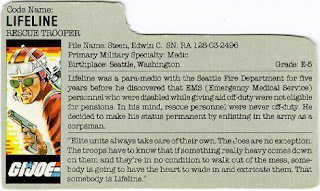 Lifeline (2011) is a whole lot snazzier.  Yes, snazzier.  He has a lot of neat gear: IV bag, IV line, defibrillator paddles, O2 mask, trauma board, syringe (pistol sized), a knife in his boot, pistol, medic case, and a "assault targeting weapon." (taken from file card)  Which is an assault rifle with under mounted grenade launcher with some sights.  Oh and don't forget the removable helmet!  I love those!  Great stuff.

He has two holsters which one could assume that the pistol syringe should go into one of them, but I don't care for that idea.  Leaving Lifeline one pistol short... I'm sure we all have an extra laying around.

Articulation: Standard Joe with the added hand articulation moving up and down on both hands.  Hasbro does such a nice job of making Joes articulated that you would think Mattel could have figured it out by now.  Don't we need a fully articulated fantastically sculpted 3 3/4" Batman?  (I believe we are spoiled as 3 3/4" collectors.  Joes have the best articulation.  Star Wars tries to live up to it but they don't keep to a standard.)

Design: I like the design.  It has the elements of the original with some minor changes.  I'm going to call him a perfect redesign.  I love it.

It was mentioned to me that his face kinda looks like Tom Cruise.  I don't see it, but I wanted to note it.

The card art is great.  I love the paintings of these figures.  They would make great prints.

In the end, this rescue trooper is here to pull the wounded out of the worst Hot Zone and blast the hell out of anything in his way.  (He does have a huge gun)  NOT A PACIFIST! 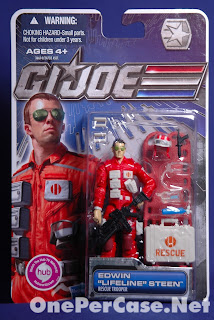 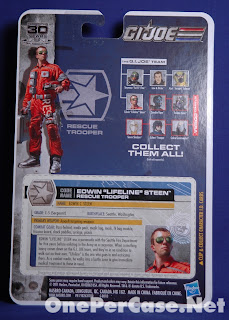 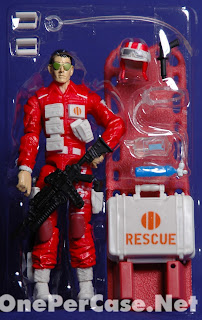 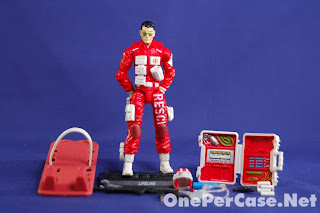 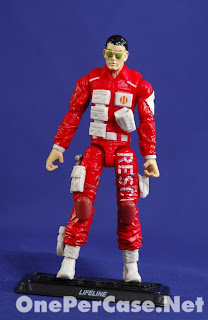 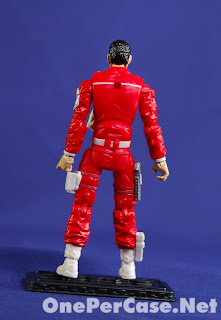 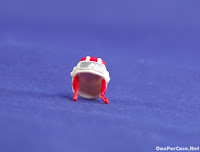 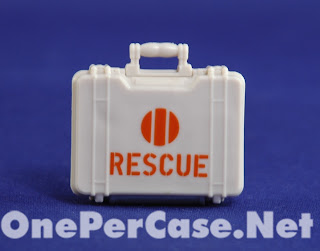 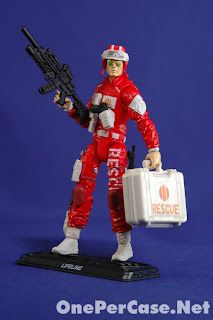 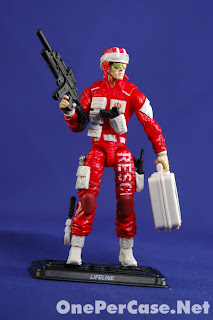 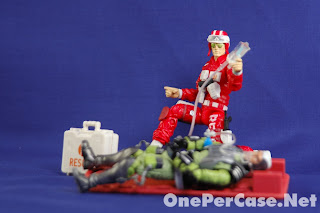 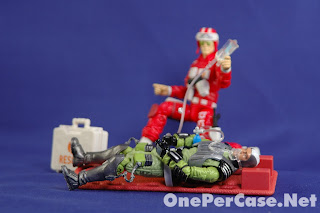 Posted by Jason Albrecht at 4:22 PM