It was 1987.  The 6th year of GI Joe as I knew it and it was a great year for GI Joe... and Cobra.  The Techno-Viper was pure trooper awesomeness!  The first troop-building experience of my life and definitely not my last. 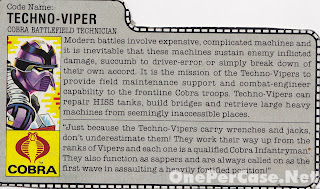 Skip ahead to 2011 and here he is again.  Clad in purple and molded in happy happy plastic.  Mostly the same gear, but better... much better than the first (except for missing a hose... seriously, only one hose?).  Now articulated and sans the hated O-Ring (there I said it, I HATE O-rings!)  He has the standard updated GI Joe articulation including the wrists.  I am hoping to troop build the hell out of this figure before the movie toys hit.  Hopefully I can find one for each of my BATS....

One thing I notice is the general bulkiness of his top half.  His torso (due to the vest) and arms seem like he is wearing a padded coat were his pants seem pretty thin.  His waist seems very anemic because of that feature.  He has hoses on his arms that seem to not really do anything: they start at the wrist and loop around the forearm and back to the wrist.  They look good, but I question their purpose.  He is colored well.  Nice purples light on base and some darker for accent on his shoulders, forearms, back, and boots.   The silver bits and gold eyes stand out.  And the key to any figure…  He can pack all his gear, well except the silly Cobra Cone. 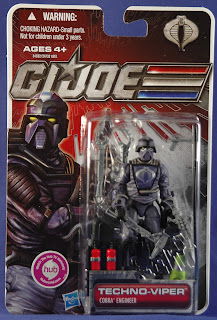 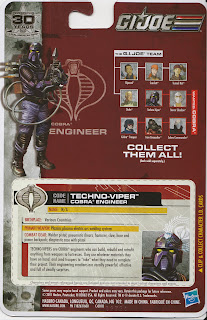 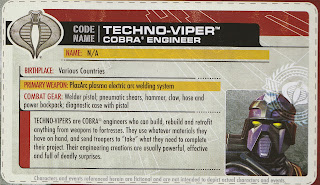 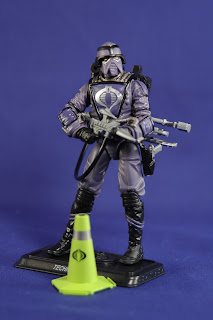 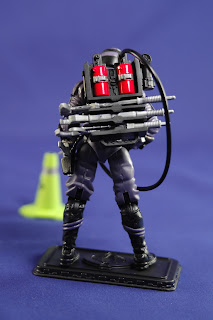 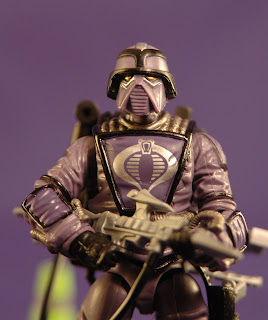 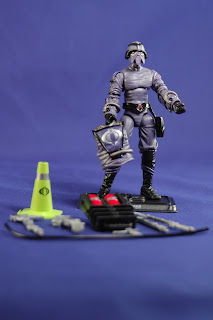 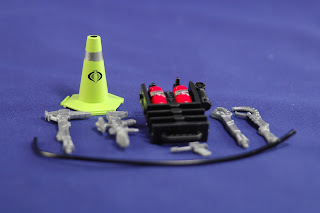 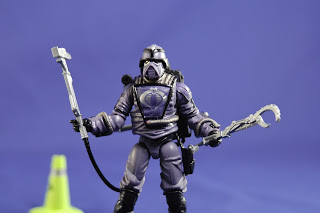 A little piece of Comic Con history... the 2007 Hasbro custom Techno-Viper.  He definitely has a different look. 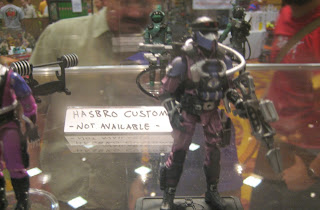 Posted by Jason Albrecht at 4:01 PM