With the introduction of the next wave of vehicles, Hasbro has once again recycled the new HISS mold. Even though it is seeing its THRID release, the new HISS tank is a solid toy.

All we see with this new Crimson HISS tank is that same as its previous incarnations. We get rubber rolling treads, the elevating and 360 degree rotating attack gimmick, the enclosed windowless cockpit, the secondary gunner seat, and the side-to-side turret mechanism. All the parts, from the under mounted ‘nose’ guns at the front to the rotating gatling gun and spring-loaded rocket launcher at the back are the same as it’s black and brown predecessors.

The gem of this toy is really the figure that comes with it. This version of the HISS tank is specifically for the Cobra Crimson Guard, and the driver reflects that in both look and name. Red and black in color and named… quite excellently as… The Crimson Horseman. CRIMSON HORSEMAN… cool.

The figure itself seems to be made primarily of a PoC Firefly re-colored in black and red… albeit a lighter shade of red. It’s akin to the red that the Target Exclusive RoC Trouble Bubble Elite Viper came in… but less pinkish. I just picture Sarge from Red Vs. Blue calling him Barbie Viper. But I digress… the Crimson Horseman is definitely more red in color… and again, made of Firefly. The figure is molded mostly in black with a few parts molded in red, namely the arms and feet, with the connection joints in red as well. The head is definitely new. Like most of the Crimson Guardsman and Cobra troopers, he’s one of the anonymous masses. A new helmet mold graces the figure. Very much motorcycle looking in its design, sleek with what looks like a visor molded into it and a grated vent at the front near the mouth. The visor has a Cobra logo printed on it… reminiscent of the RoC Ice Viper.

His web gear is from the Desert Battle Snake Eyes, but just the vest, no leg webbing. The vest is molded in red with a heavy black wash over it. The plates on it are left red with silver battle damage painted on.

As for gear, he pretty much comes with Firefly’s. He has Firefly’s rifle with under-mounted grenade launcher and not one, but TWO of Firefly’s backpacks with enough of Firefly’s mines to put on both. At first, I thought this was odd... maybe mine was a mis-pack and I got 2 sets of accessories by accident. But reports from Jason and Zak that their Crimson HISS came with 2 packs as well, I had to wonder if it really was a mistake. And, low and behold, there was a purpose. Much to my surprise, the backpacks plug into the sides of the vehicle, kind of like saddle bags. Saddle bags full of explosives! Adding the packs to the side made this HISS tank just a little different from its brothers and that was enough for me.

The Crimson HISS should pretty much be everywhere by now. We’ve started seeing full cases of them get put out which should be making it easy for everyone that wants one or more to get them. I myself need a second as I like my vehicles in pairs. The HISS tank itself is a solid toy. And the fact that the pilot is a solid figure just makes it all the better, so go get yours! 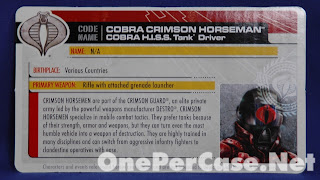 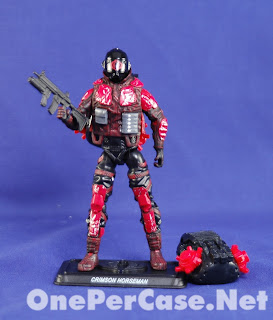 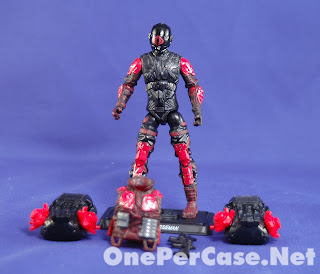 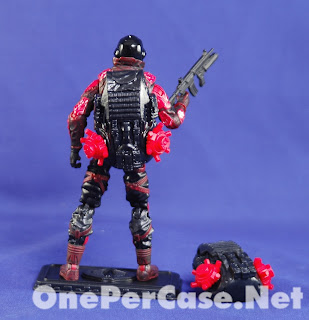 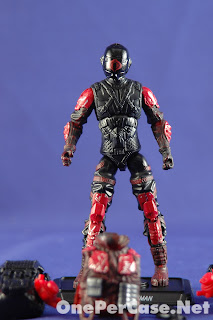 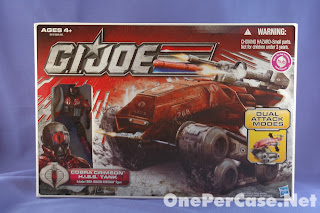 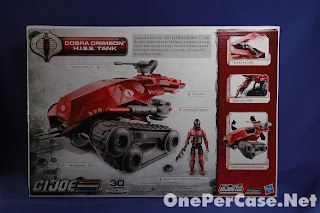 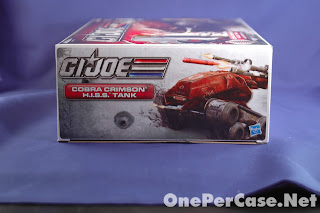 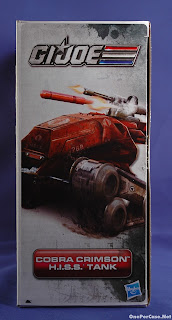 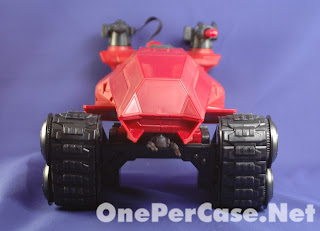 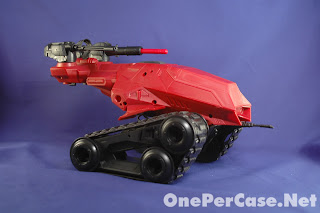 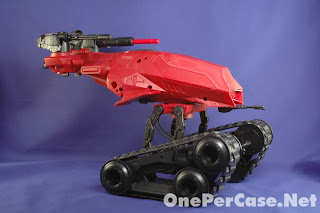 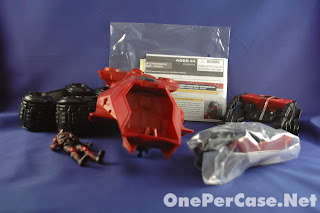 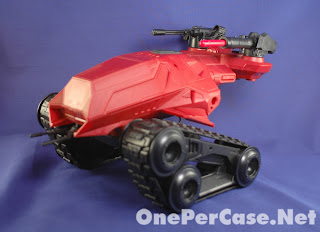 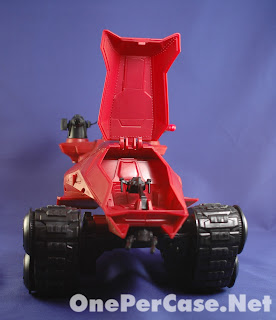 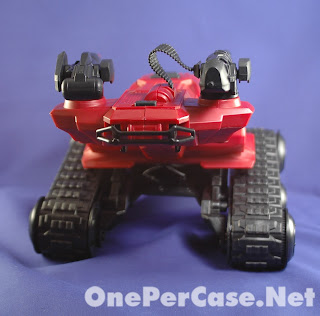 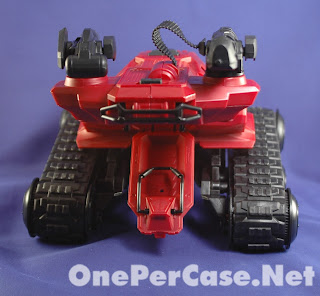