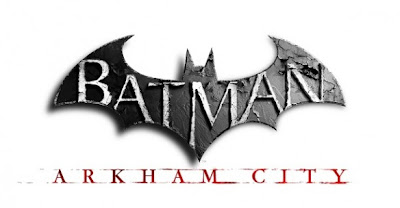 Tuesday the 6th brought us the final expected DLC for Batman: Arkham City, the Batman Skins pack! You can download the Skins for a mere 400 Microsoft Points... about $5.

Most of us got one bonus skin or another when we picked up our pre-ordered copies of Arkham City. I received the Animated Series skin from Gamestop while Jason and Zak got the 1970's skin from Toys R Us. Both Jason and I also took the extra step to get the Batman Beyond skin via eBay. I've spent many hours using that one and it has been my favorite... until yesterday.

The DLC gives us pretty much what we were told to expect. 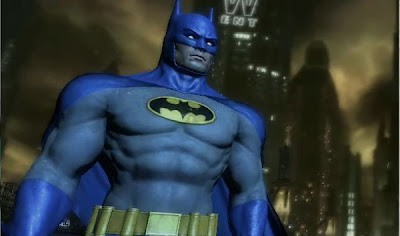 The 1970's skin gives us one of Batman's most iconic and memorable looks. This suit lasted throughout the 60's, 70's, 80's and into the 90's. When Batman returned after "Knightfall", this suit had been replaced by an all black one. The suit itself is the classic grey suit with blue boots, gloves, cape and cowl. For the suit's Bat-symbol, the instantly recognizable black bat on a yellow field. 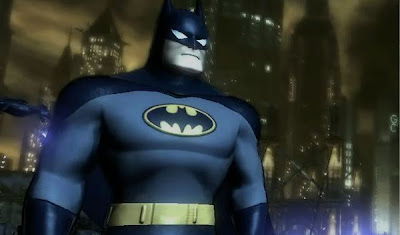 The 90's brought us what is most often thought of as the BEST Batman series of all time, Bruce Timm and Paul Dini's "Batman: The Animated Series". The suit design is taken from Season 1-3 of the Animated series. Season 4 brought about a change of artwork to line up with the newly introduced "Superman: The Animated Series". The suit's color palette was reduced to black and grey; removing the blue accoutrements and yellow field behind the Bat-symbol. 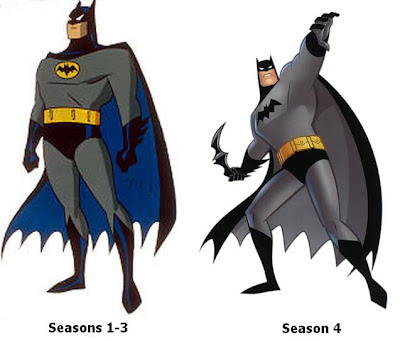 Personally, I prefer the Season 4 look and would have loved to have seen it instead. 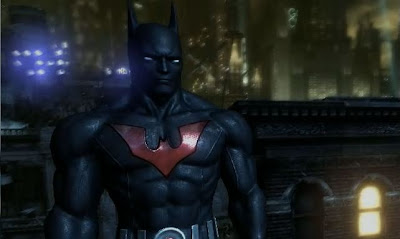 Getting this suit was definitely a plus! I loved "Batman Beyond"! It was an excellent show that showed us that in the future, there will always be a Batman. This suit is taken from the first episode, showing that Bruce Wayne, having to keep up with the evolution of criminal technology, had to evolve himself. The suit minimizes color, being only black, with the Bat-symbol evolving into a more stylized form and colored red. There is no flesh tone, the black even covering the lower portion of his face and NO cape! NO CAPE?! Like in the series, as you fly about, and pound hordes of thugs into the pavement, "wings" sprout from the cape when needed and then hide back in the suit when not necessary. The suit is glorious in it's simplicity! My only complaint, Batman's eyes are set apart a little too far making some of the speaking scenes look really odd... almost a Batman DERP! 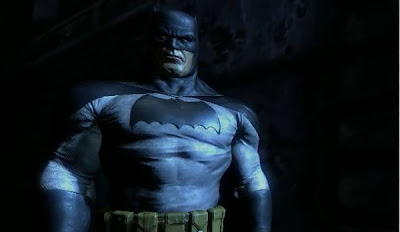 Our first of 2 Frank Miller suits... the Dark Knight Returns outfit brings us the aged, gruff, back-breaking, mud pit brawling, version of Batman. Batman is older, meaner and just as tough. And he had to be, after a decade's abscence, his methods had to change to take on Gotham's new gangs. If you've never read "Dark Knight Returns" you've missed one of the best near-future Batman stories ever written. Batman has been gone for a decade only come out of retirement to face off with Two-Face. Batman's return also brings about the return of the Joker. Batman has to face off with his arch-nemesis one last time... I won't spoil the rest if you haven't read it. The suit got an homage in Season 4 of the Animated Series with Batman being voiced by Michael Ironside, whose usual role in the Animated Series universe was as Darkseid in Superman: TAS, Justice League, and JLU. 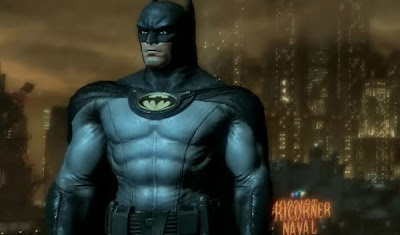 The Earth One outfit is based on Batman's "current" look. More pre-DCnU, but one of the most current. When Batman returned from his trip through time, don't ask... it's too long and stupid to explain... Darkseid... yadda yadda... god-killing bullet... yadda yadda... universe destroying explosion... blah blah blah... Batman got a little bit of an update that mostly relied on more details on his suit; like seams. The biggest change in the new outfit was the return of the yellow shield behind the Bat-symbol. This suit wasn't around long as DC used the "Flashpoint" event to revamp their universe, and ALL the heroes looks, once again. 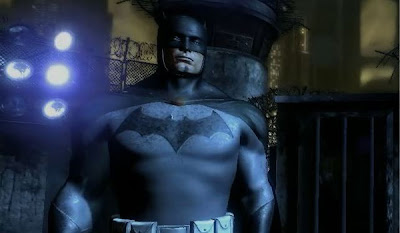 Our second of the two Frank Miller themed Bat-suits, the Year One. Year One was a telling of well... Bruce Wayne's first year as Batman. Bruce has come home to Gotham and Jim Gordon has just transferred in from Chicago. Both rapidly come to see how corrupt Gotham really is. After a street brawl with a pimp and a dominatrix named Selina Kyle (Yup,DOMINATRIX.) Bruce realizes that criminals need to be scared. With the help of a radar-inhibited bat, Bruce designs the Batman outfit to begin his war on the criminal element. Based loosely on the Detective Comics #1 suit, we have a very plain Batman. The palette sticks to the black and grey with no yellow field behind a black bat. I'm kinda "Meh." on this one.


I SAVED THE BEST FOR LAST! 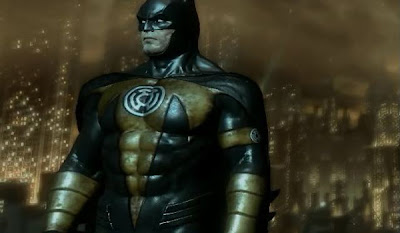 Jason and I are both HUGE Green Lantern fans! Jason, a Sinestro fan moreso than I, and knowing that we were going to be able to get Batman in his Sinestro Corps uniform was just too cool. Alas, we had seen that this suit was for the PS3 only. Which was a huge bummer and we were really hating on Sony because of it. The other skins would just have to suffice. Batman Beyond would just have to be my go-to skin. Then yesterday arrived and I turned on the XBox and set out to download my DLC. Low and behold... in the picture for the DLC was the Sinestro Corps uniform, BOOM went the dynamite! Mind blown! I eagerly awaited my download to finish. I pulled Dynasty Warriors Gundam 3 out of the tray, grabbed my copy of Arkham City, and as soon as the download was done, I headed into the challenge maps. I skipped past all the other skins and joined the yellow corp of fear! The suit, is slick. The black appears to be a glossy black with the yellow being weathered, almost battle damaged. The best part, he actually has a yellow ring on! The only thing I could possibly complain about... the suit is NOT based on the one he wore for a whole panel when he received a Sinesro Corps ring, but actually based on his DC Universe 6 inch Mattel figure... 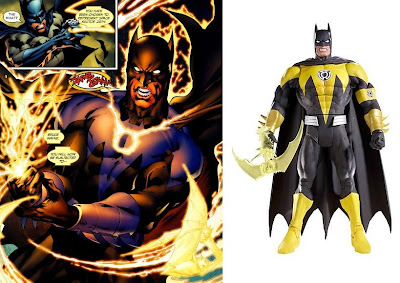 As you can see, the suit in the book was more akin to Sinestro's original uniform... black and bluish purple with the yellow ring being an accent. For whatever reason, Mattel went with an ALL yellow and black uniform for the toy. But, don't get me wrong, I love the uniform. Batman inspires fear, it's his schtick, it's what he does. Being a member of the Sinestro Corps is only fitting.

Now... if only you could actually use the ring.