I was lucky enough to happen upon an unopened case of Transformers Generations at my local TRU yesterday.  With just a simple question an employee opened it from me and I plucked the two new Generations figures out of the box: Junkheap and Sky Shadow.  I believe this to be the last wave of a fantastic run of Generations.  Transformers Prime seems poised to take over the limelight from these outstanding Transformers.  I ran across the Prime toys, and I left them on their pegs.


Junkheap is one of the numerous Junkions that inhabit the planet of Junk. The figure is an homage to the Marvel UK character, Junkyard. The figure itself uses the Wreck-Gar mold from the Generations line with some color swaps and a retooled head. It turns out that the “United” line has also added a Junkion to its ranks, Scrapheap. Like Junkheap, Scrapheap also sports a new paint scheme and head retool. 3 Junkions in total! But, if you want to get ALL 3, you’ll have to surf eBay or order from toy sites that carry the overseas lines.
Like all Junkions, Junkheap speaks in a mixture of bits and pieces of lines, catchphrases, and slogans that he and his fellow Junkions learned from watching Earth television. Junkheap does surprisingly have a bit of back-story. Not so much from the cartoons… he could easily be any of the Junkions roaming around… but from the Marvel UK comic line. He worked with the intergalactic bounty hunter Death’s Head and acted as a contact for Rodimus Prime. Junkheap is a salesman of sorts; the public face for Junk when other races come looking for bits and pieces of parts and things that they might not find otherwise anywhere else in the galaxy. Junkheap sells them whatever they might need from the flotsam, jetsam, and detritus that is the planet of Junk. 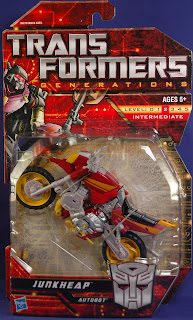 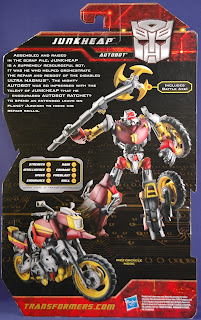 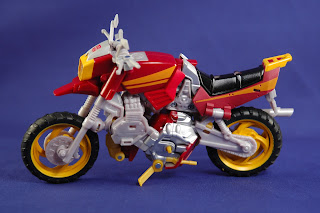 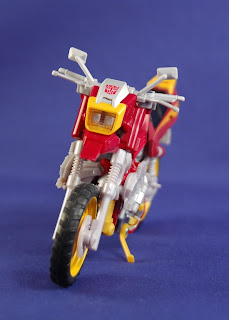 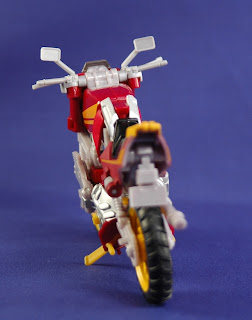 As a comparison, here is Wreck-Gar's painted motorcycle form: 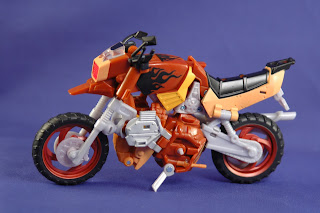 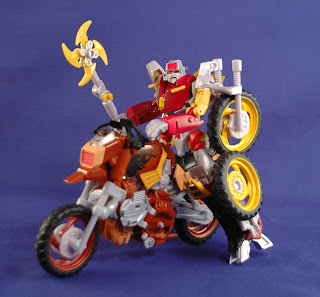 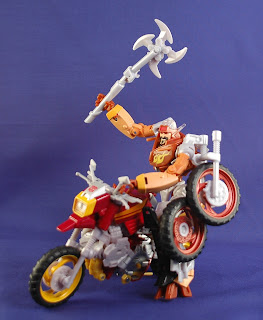 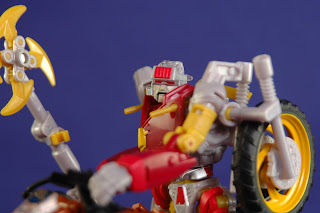 I have to give Hasbro tons of credit for planning this.  Providing notches in the seat of the motorcycle for a junkion to snap into! 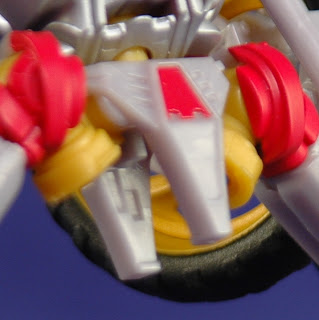 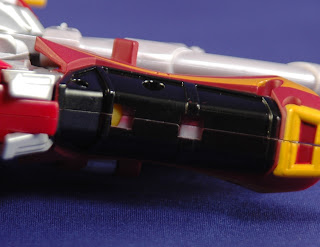