If you haven't noticed, I like films.  Give me a DVD/Blu-Ray/Digital Copy with loads of features about the film, and here's my $40-50 thank you very much!  But for those of you who are stuck with tons of DVD's lying around and everyone with a HDTV in their homes, it's hard to watch those standard releases and not see the inherent issues when comparing them to their Blu-Ray brothers and sisters.  You'll notice graniness, fuzziness, and hear less-than-clear audio where you never saw them before.  I noticed this with X-Men: First Class and Thor.  Blu-rays are the real thing.
But, are they really worth re-investing your money to replace their DVD counterparts?  To decide this, consider the following: 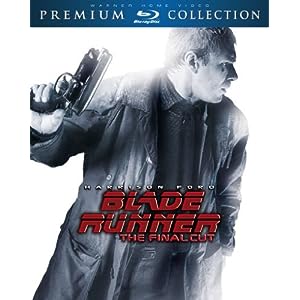 I already have three of you: why do you task me so??

Recently, I became a collector of Steelbook titles, that is a title whose case is made of molded aluminum with artwork painted right on to the case.  In most cases, there is no difference between this version and others.  Jurassic Park, Fast Five, and Green Lantern all offer steelbook variants.  Purchasing these titles sometimes requires deep pockets ($40-$50 as they are imported from Germany, UK, etc), but the joy of seeing these displayed on my shelves is more than worth the price.  Also, I've started collecting other special editions, like gift sets (Tron: Legacy 5-disc set inside an Identity Disc comes to mind).  Again, I see these as ways to extend my experience by showing off the gift inside my DVD rack.  Some of these sets can be tempting, but be careful that the asking price is fair - charging $99 for the Jurassic Park with T-Rex figure (when the steelbook was $40) is unreasonable, as the only upgrade is the dinosaur itself.

I'm heading off to Walmart to check out their $8 bin again.  Hopefully, I can nail a transfer with a slipcase!