Those of you who collect Star Wars (or a number of Hasbro figure lines) are no doubt well acquainted with the concept of a “repaint and repack” wave of figures. Hasbro has provided the Marvel Universe collectors with their very own rehash wave. Is there anything worth picking up?

This version of Absorbing Man is the only one I’ve seen so far. In addition to the flesh tone, he also comes in a steel skin version. Nothing new to be seen here other than a new pair of pants. If you have the Secret Wars version and you don’t care about multiple costumes, you’re pretty set. I do like the prison pants, but really, the semi-absorbed look of the earlier version was pretty slick. If you didn’t get the earlier version, grab this guy. Otherwise, you’re probably set.

Astonishing Wolverine is short and fierce and he has claws. I think that covers the important items. We’ve seen a number of Wolverines to date, but not in this costume. Aside from being yet another Wolverine, it’s a well-done figure. Standard MU articulation makes him fairly flexible and able to achieve a good number of poses. If you somehow haven’t picked up a Wolverine yet, this is a good one, bub.

Bobby Drake shines through as Iceman, literally. He’s nice and clear, as anyone made of ice should be. If I’m not mistaken, this is the same Iceman we got in the Spider-Man and His Amazing friends three-pack, but clear and with different paint apps. He’s a solid enough figure, and like the others in this wave, if you don’t have either of the earlier versions (the other being from Wolverine:XO, he’s worth picking up.

Magneto is the weak link of the bunch. Overall he’s not a bad figure, but the dark wash on the face is really overdone and makes an otherwise nice figure look a little funky, and not the good (Artist Formerly Known As) Prince kind of funky. If you can get past that, you’ll like the figure. If not, this is another where you might be happier with the Secret Wars version, depending on your tastes.

Tony Stark has finally taken off his helmet… sort of. He has an interchangeable helmet that you can swap out. Since an actual removable helmet would mean either a tiny human head or an oversized helmet, I’m happy with this work-around. It’s a rehash of a good looking Iron Man mold, and he can be made to hold the helmet in his hand, which makes him display well. With all of the Iron Mans (Iron Men?) that have been shoved down our throats over the past couple of years, I was surprisingly not irritated by this one. My only disappointment is that the Tony Stark figure is missing his bottle accessory. Maybe they’re holding out for a “Demon in a Bottle” comic pack (see Iron Man #128 if you’re lost).

So how many of these figures deserve your $8? Well, that partially depends on if you picked up their earlier incarnations. If you have the Secret Wars 2-packs, you might want to skip the Magneto and Absorbing Man. Depending how into the Wolverine:XO line you were, Wolverine and Iceman might be passes as well. Even though the Iron Man is clearly just a new head, it’s good for what it is. 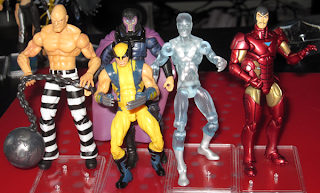 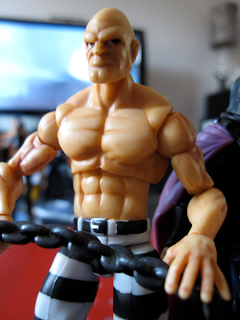 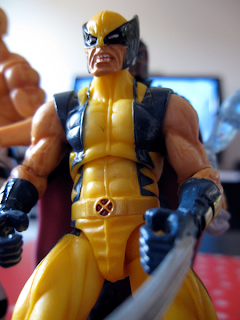 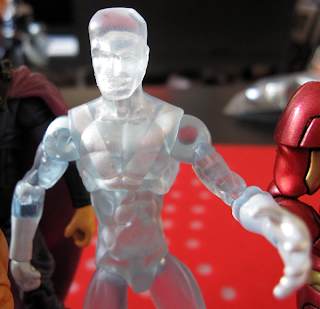 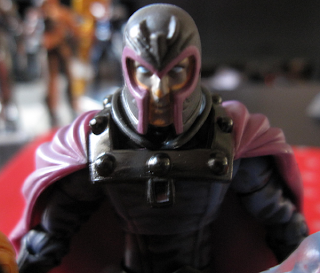 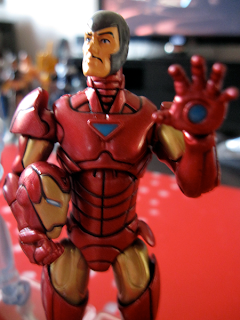