One of the newest Marvel Universe waves brings us five roughly new characters. Overall, it’s a fairly solid wave, but whether or not you’d want to pick up all of these figure, well, that might be debatable.

To me, Darkhawk is the standout of this wave. The sculpt is well done, he’s articulated, his wings fit well and they look good (when he’s posed properly). Darkhawk was one of the first comics that I collected from issue #1. I won’t say I stayed with it too terribly long, but I thought he was a cool character, and I’m happy to see the plastic version do him justice.

Namor, the Sub-Mariner. We’ve gotten him before a couple of times, but not quite this version. This is more or less (or possibly exactly, I’m not sure) the same version that was offered up as a part of the 2009 SDCC exclusive four-pack. That was a great version. This version, if nothing else, has a different staff. He’s back in his underwear, so if you got the vest/pants version, you might want to pick this one up. He’s comic-accurate and he looks good. If you have the SDCC version, and actually opened it, then you may want to pass on this one.

Steve Rogers, aka Captain . Yes we’ve seen the Cap before, but this time he’s ready to lead S.H.I.E.L.D. into action. He’s got a pistol and a rifle, and he’s not afraid to use them… or at least he’s not afraid to hold them. Yes, the figure re-uses parts, but they work together well, so why complain? He’s essentially a guy in a suit. Other than the head, does he really need a new sculpt? A little web gear is always nice too. He’s worth picking up.

Ultron would have to be the weakest in the wave. He’s not a poorly done figure, we’ve just seen him already with a different colored mouth in the Secret Wars 2-packs. If you have that version, then you know what he’s all about, and this one is likely to be a pass for you. The card art looks great, but he is essentially the same. His sculpt is good, and he looks evil. On my particular figure, the upper torso is pretty loose, but he still manages to stand upright with a little effort. His sculpt is good, he’s taller than other figures. He’s good, but he was already good the first time I got him.

X-23 gives you another chance to pick up a female MU figure, which so far there haven’t been a whole lot of. I realize that traditional toy company wisdom says that putting female characters in a boy’s line is a bad move, but I like to see some of the diversity of the Marvel Universe of characters reflected in my toy line. For all you X-fans out there, you’ll want to grab this one. Not perfect, but more than passable. The body sculpt is ok, the claws and gloves look good and the head sculpt is good, although the paint on the face is a little dark. But Hasbro, at some point, you’re going to need to work on some well done female bucks for your figures, especially when you like to re-use parts so heavily.

Five figures at roughly $8 a pop can start to add up, so there may be a couple of these you won’t be too excited about. As with all the Marvel Universe figures as of late, if you have the option of picking from multiple figures, be sure to look at what you’re buying. I have seen some pretty poor paint applications on Marvel figures. Hasbro has been slipping on the quality control in this line. 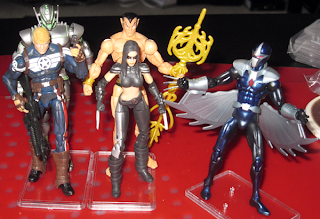 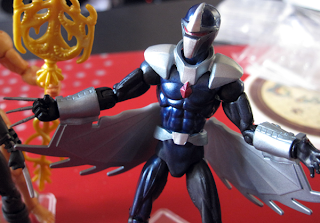 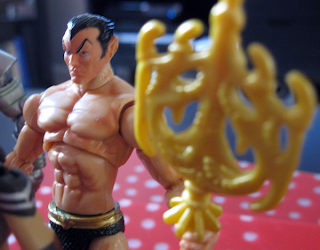 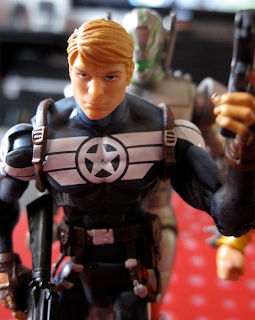 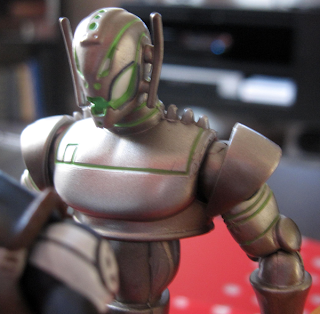 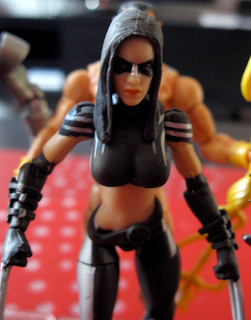