Two previously-released figures, but this time in their classic costumes. For me, that’s a no-brainer. Any comic-pack that comes along with 70s and 80s style Marvel characters is going to pique my interest. If they’re done at least half-way decent, I’m going to track them down. Can you see where this is headed?

Iron Fist is now available in all his plunging neckline glory, and frankly I couldn’t be happier. The sculpt looks comic-accurate, but I do wish you could pose the tail of the mask in more of a neutral position. As it is, the large collar makes that pretty impossible. Other than that, he’s a typical well-done Marvel Universe figure. Not outstanding, but well done.

Next we have Luke Cage as Power Man at the height of his blaxploitation best. Yes, he looks a bit like someone you’d expect to see in Black Belt Jones, but he also looks quite accurate to his previous comic-persona. That’s enough to make me happy with the sculpt. He’s got a hand shaped in a fist, a chain on his head and sneer on his lips. ‘Nuff said.

Two figures and a comic for $15, which given the prices of figures and comics, is a reasonably good deal. If you aren’t familiar with the characters in their 70s-80s splendor, my guess is you won’t have a lot of interest in these figures, as they were both available in their modern versions. If you dig the retro look, this is a must have comic pack. 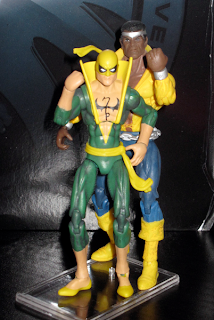 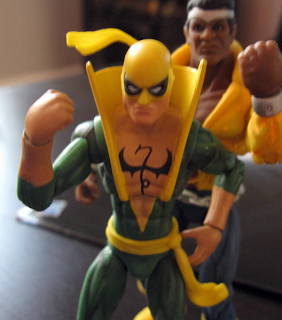 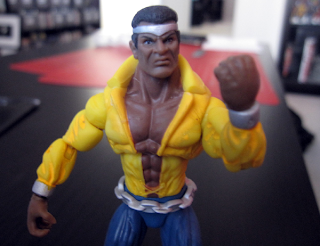