While I’m not a big fan of the Clone Wars cartoon series overall, there have been some good episodes and some great character designs. “Bounty Hunters” introduced a small band of (you guessed it) bounty hunters on Felucia who were holding off a gang of pirates from a local farm. Fans of Star Wars may remember that a Kurosawa-esque plotline set in a sci-fi setting seems to make for a winning combo.

Seripas was one of the bounty hunters introduced in the episode. Ever since his appearance, this has been a character fans have been eager to see in toy form. As with most of the recent Clone Wars figures, this one doesn’t disappoint as a toy. The sculpt on the figure is well done, and accurate to what we see in the cartoon. The articulation is good. Not great, but good. As with a lot of Clone Wars figures, he’s pretty weak in leg movement (ankles, I’m looking at you) but he stands up well, so for my purposes of standing on a shelf, his articulation is certainly good enough. The hidden weapons function well, and are a cool feature that makes a good figure better. Keeping in mind that it’s a toy, anything that adds a little fun and play value is a plus in my book. The paint on the suit looks accurate to the character, so really, what more can you ask for there?

Popping open the head, you get to the actual Seripas figure (as opposed to the armored suit) which is once again not great, but good enough. He’s little more than a pre-posed statue, but for a figure that’s an inch or less tall, what can you expect? He’s posed well and fits right in the suit in a position where you can more or less get his hands on the controls, and that’s ok by me. The interior of the suit is fairly well detailed with a seat and controls, and looks nice with Seripas inside.

Overall, this is a well done figure that is unlikely to be remade any time soon. He’s still a little tough to find at retail, but well worth picking up if you can track him down. 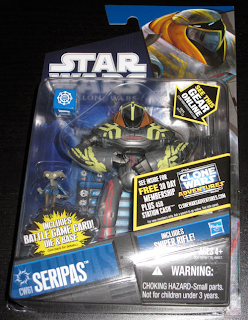 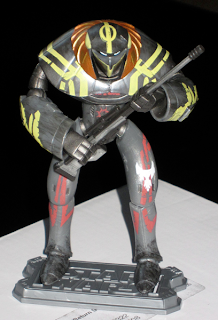 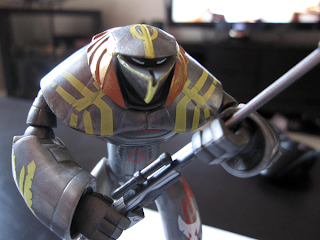 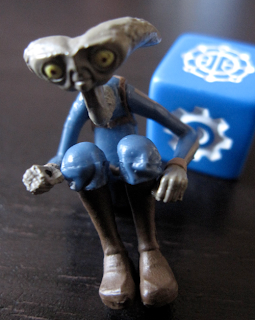 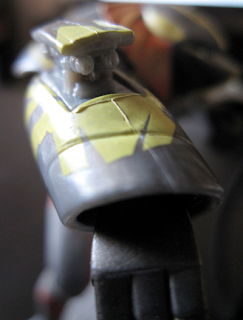 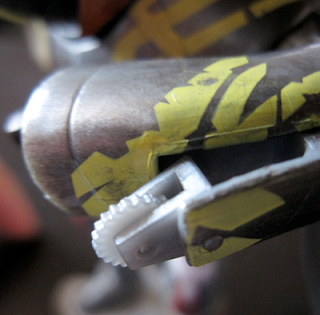 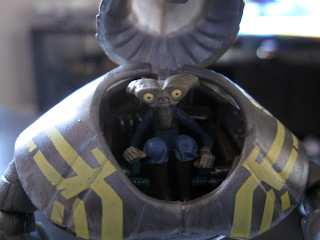