When I found The Walking Dead figures at Toys R Us, I slowly looked through them for Rick Grimes.  I found the black/white version of him.  My mind spun a little.  Hmmm, $20, I don't think so...  but ok, the chase black/white version (found only at TRU) might be worth it.  I have a hard time wanting a color comic action figure of a black and white comic.  So, I bit the bullet and purchased him knowing that I could return him if I wanted to.

Rick Grimes, star of The Walking Dead in comics and on AMC ( AMC's The Walking Dead ), is a bad-ass   No one can deny that.  He may make selfish decisions at times, but who wouldn't during the zombie apocalypse.  If you like graphic novels and/or comics and you enjoy a good zombie infection, you NEED to read this series.  Most of the series has been published in trades and can be found on Amazon.com: The Walking Dead Trades.  A lot of the series deals with how human society and morals break down.  The evil potential of mankind is a scary thing.

Now let's get onto the McFarlane Toys figure.  First, I was shocked at the size.  I expected a larger figure.  Instead he was a little smaller than a Halo Spartan.  Perhaps it was noted somewhere when they were solicited, but I didn't catch it.  Rick Grimes himself boasts 23 points of articulation.  I honestly didn't count the joints.  He has plenty of movement, although I want him to hold the shotgun properly with two hands and he cannot.  His joints don't have that kind of range.  I am also against figures that have a pre-posed sculpt, which his left leg has.  It isn't terrible, but it has it.  His pistol has a holster!  His hand axe has a spot on his leg!  Those are both huge pluses.  All of his shotguns fit in his "golf" bag.  Love it.  I am not on board to pick up any more at the current retail price, but he is definitely a well done figure.  The zombies look like a lot of fun! 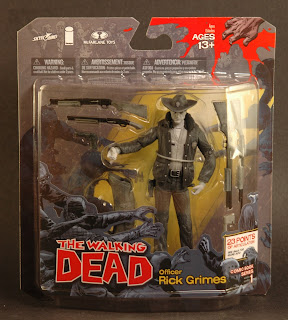 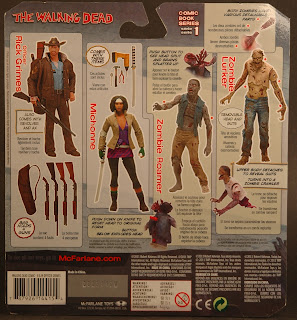 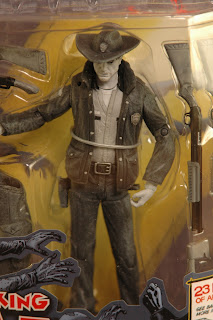 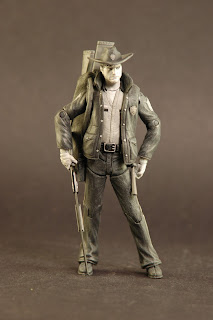 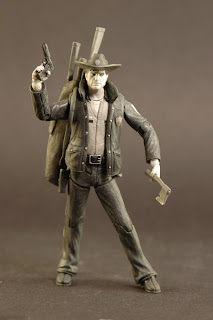 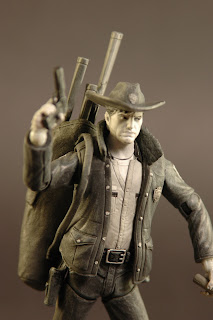 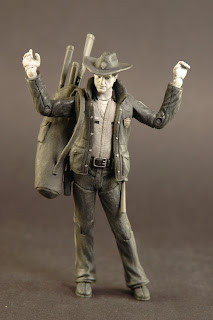 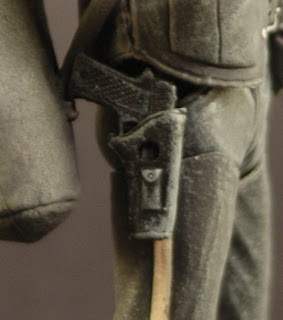 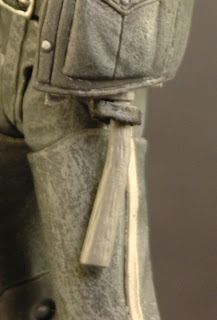 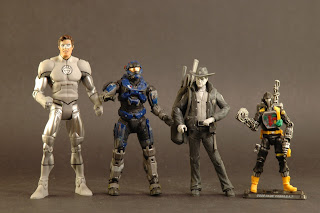